The institution will launch the initiative next Wednesday (15) in virtual meeting. The group is designed to build rapport between Brazilian and Arab women. 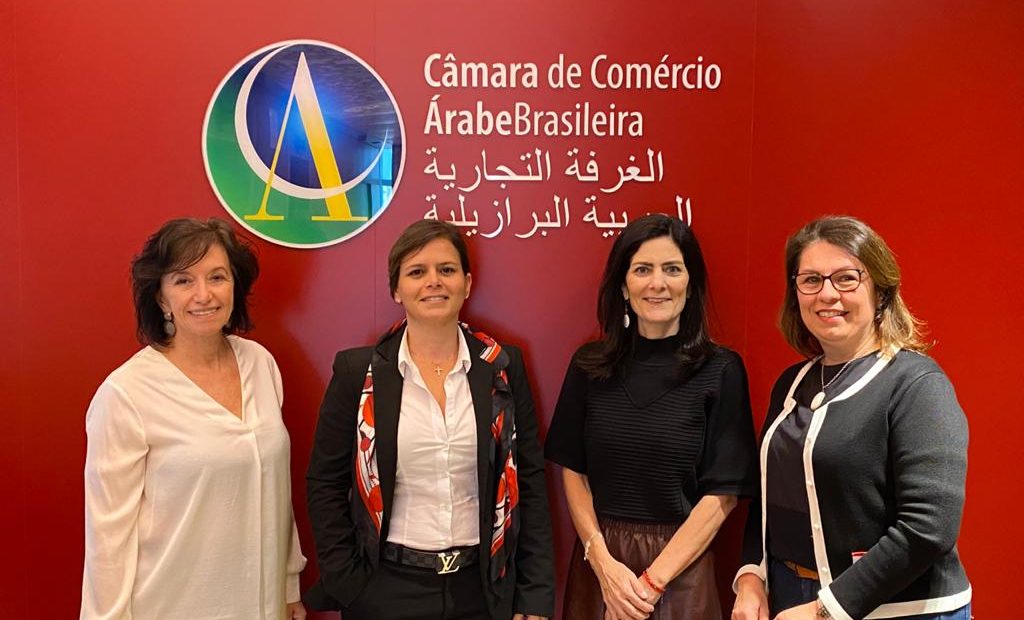 São Paulo – The Arab Brazilian Chamber of Commerce has created a women’s committee to build rapport between Brazilian and Arab women. Called “WAHI – Women who Inspire,” the committee will be launched next Wednesday (15) during the online conference that will feature talks by businesswomen from the two regions.

The committee aims at making Arab and Brazilian women know each other, share experiences in their areas of expertise and do business among them, as well as inspiring them to achieve and innovate even more in their lives. The word wahi (Women’s Achievements High Inspiration) is Arabic for “inspiration.”

“Even in so different cultures, we have similar stories, share common challenges, are leaders, inspiring women, mothers, housewives, businesswomen, executives, and these multiple roles ultimately give us a more genuine, authentic leadership,” Alessandra Frisso, chair at the committee and director at H2R Pesquisas, an Arab Chamber member, told ANBA.

“The women are helping each other, so if I want to sell cosmetics and, on the other end of the committee, a woman buys cosmetics, there we have a link for a stronger relation. The committee will connect Arab and Brazilian businesswomen,” Haddad said on one of the works to be developed by the committee.

Menezes says that the initiative will inspire the entrepreneurship and present opportunity for both Arab and Brazilian women across several industries, including culture and social responsibility. “It will include initiatives and activities that will contribute to bring our countries closer together and strengthen the friendship between our peoples,” she says.

Although focused on bringing businesswomen together, the group will not be limited to that. “We’ll also look at the cultural interchange in the committee. Culture has always been an important way of expression for both Arab and Brazilian women. The art’s nuances subtly reveal their way of seeing life,” Antibas says.

“The Arab women are taking over very important geopolitical leaderships, with great executives chairing international companies. The Brazilian women are also chairing multination companies. The women’s power is echoing across the world,” Frisso said, pointing out the women’s role as presidents of countries in the fight against the COVID-19 pandemic. “They have managed to lead their countries in a very complex time of daily challenges,” she says.

Frisso recounts that, in the Egypt forum, they could see the outreach that a women’s committee could have since it is a cross-cutting issue. Although there are several initiatives of women’s groups in Brazil and elsewhere, WAHI will have a particularity. “Our singularity is being a committee made up by Arab and Brazilian women. That is this committee’s uniqueness, and we will address all challenges that the two sides face,” Frisso said.

The rapport with the Arab women will be based on three pillars, as determined by the committee: support of the economic development of women, cultural promotion and interchange, and social responsibility and market. “But the first role of this committee is raising awareness on the lifestyle, habits and challenges of Arab and Brazilian women, bringing them up for both sides, to demystify them,” Frisso said on the perspective of a more reciprocal knowledge.

Frisso says that, for H2R, becoming an Arab Chamber member meant discovering a whole new world and a great learning experience. H2R is a research institute that develops studies on behavior and consumer insights. “I started connecting with a very different, surprisingly beautiful culture, of very strong values, family values, with very strong women,” she says.

Later on, the women’s committee will open for new members, at first for women at other Arab Chamber member companies, both from Brazil and the Arab countries, then for other women that share the goals set. One goal is attracting and talking with young businesswomen, who the leaders believe will have much to contribute.

The committee’s chairwoman, Frisso, has a degree in Dentistry but around 20 years ago started studying administration and strategy abroad and working in business consultancy and now research. Menezes is marketing and strategy director at Arab Chamber, having studied in Brazil, Europe and Asia, and worked as an international marketing and foreign trade executive in consulting firms, multinationals, agribusiness companies, and the government, in Brazil and elsewhere.

Haddad is technical manager at Construtora Yazigi, where she currently works in the supervision of works, and has been part of the Arab Chamber board for two years. Her father, Walid Yazigi, was president of the organization, and her grandfather, José Yazigi, was one of its founders. Antibas is cultural director at Arab Chamber and received the 2019 UNESCO-Sharjah Prize for Arab Culture. A curator with a vast experience and research in culture, she worked for over 36 years at the Secretariat of Culture of the State of São Paulo.

The members of the committee spearheaded a recent initiative of the Arab Chamber to help fight the coronavirus pandemic. They lead a fundraising campaign. “Because of the pandemic, we ended up moving into another area, which is solidarity,” Haddad said. The group organized the campaign and distribution of products to hospitals.

Soon you will see more information on ANBA about the webinar’s content and the launch of the committee.

Pictured above, from right to left, Antibas, Menezes, Haddad, and Frisso.