Three researchers of the National Museum are part of the team that studied the fossil of a pterosaur – the first group of vertebrates to develop active flight.

São Paulo – Brazilian researchers of the National Museum in Rio de Janeiro are part of the team that identified a new species of flying reptile in Lebanon. The animal is a pterosaur, which is the group that comprises the first vertebrates to develop active flight. The discovery was announced on November 29 by the institution in Rio de Janeiro.

The Brazilian research in Lebanon predates this discovery. Researcher Juliana Sayão explains that there’s an old collaboration between paleontologists at the National Museum and Lebanese. “Almost 10 years ago, professor Alexander Kellner performed a field work in Lebanon with Italian paleontologist Fábio De Lavechia and National Museum technician Orlando Grilo. Then they started a collaboration for studying fossils,” she told ANBA. 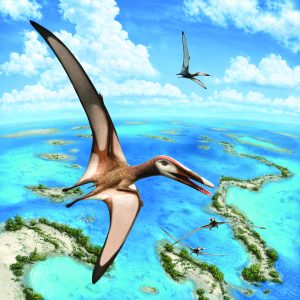 The fossil had already been found years ago and was acquired by the Mineral Museum of the Beirut, Lebanon, which invited foreign researchers to work on the new material. The new species was named Mimodactylus libanensis. The first name alludes to the institution where the material is currently housed, the second one – ‘dactylus’ – is Greek for digit, and ‘libanensis’ honors the Arab country where the specimen was found.

Sayão’s role was the phylogenetic analysis of the material. “I have never been in Lebanon. I’d love to visit the country one day. I had access to the specimen through replicas and photographs. “Although I’d already studied pterosaurs and other fossils from all over the globe, including Antarctica, Europe, United States and even fossils in China, I had never seen any paleontological material from an Arab country. It’s my first real contribution researching with Arab countries,” the researcher said.

The fossil was found in layers formed approximately 95 million years ago, when Lebanon was part of a huge continent that brought together the Arabian Peninsula and Africa. “The discovery expands the spectrum of possible feeding strategies in pterodactyloids, a group of fascinating flying reptiles we still know very little about,” says Alexander Kellner, director of the National Museum, and first author of the article.

The new species had a wingspan of 1.32 meter. According to the authors, this animal fed on crustaceans, something quite rare among pterosaurs. Mimodactylus belongs to a new group called Mimodactylidae, which also comprises the Chinese Haopterus gracilis.

“It’s extremely rich when we have a chance of collaborating with researchers from other countries and cultures. And as the only woman in this group, it’s extremely important having the chance to acknowledge the female researchers,” Sayão finished. 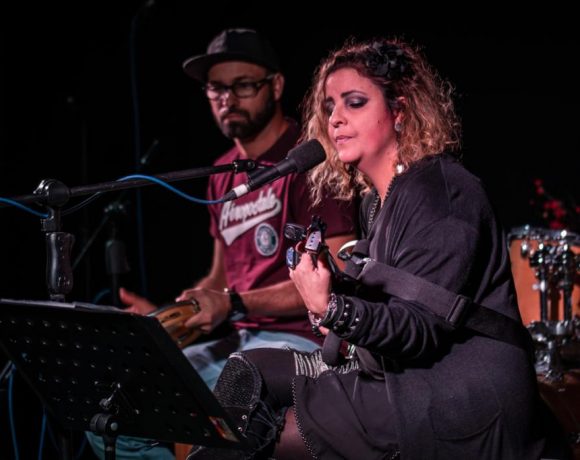