So said consultant Vishal Pandey during an Arab Brazilian Chamber of Commerce webinar. He discussed the relevance of being familiar with the culture and the customs to doing successful business in the Middle East and the Gulf. 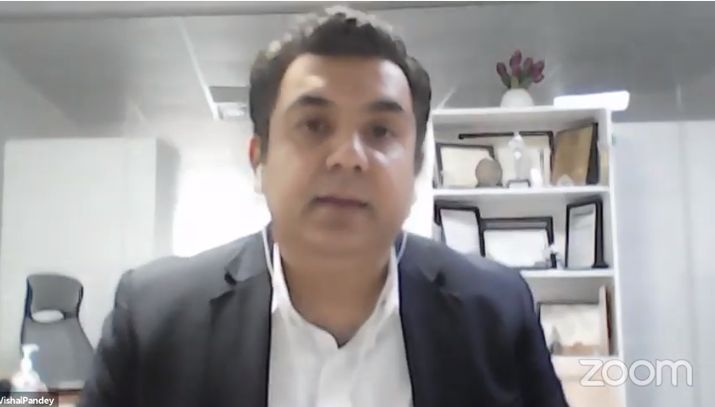 São Paulo – Face-to-face business meetings will not be replaced by online gatherings. So said Vishal Pandey (pictured above). A Market Growth consultant and Director with Dubai, UAE-based Glasgow Consulting Group, Pandey was featured in the webinar “Tools for International Competitiveness,” hosted this Wednesday morning (1) by the Arab Brazilian Chamber of Commerce. 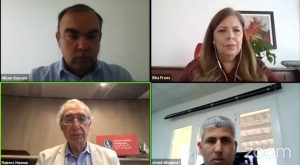 Webinar featured speakers from Brazil and other countries

Pandey has been based in the region for 15 years now. He spoke on the importance of understanding the culture, the ways of doing business, customs, values and history of the Arab countries one intends to do business in. “You need to read a lot about the country you wish to do business in, and then you must build these relationships, these bridges, before you can begin to do actual business,” he said.

The value Arabs impart to meeting in person was a key point of his address. Even amid the ongoing global pandemic, Pandey argues that virtual meetings will not take the place of face-to-face ones forever.

“Yes, we are living online now. We are going to have lots of meetings using tools such as Zoom going forward. However, I can tell you that eye-to-eye interaction in the business world is not going to end, so my point is to figure out countries’ cultures and their ways of doing business,” he said.

Pandey also said it’s advantageous to learn a few words and short sentences in local language, like ‘good morning’ and how do you do?’. “It’s a demonstration that you have worked for it, that you cared and were interested enough to learn about that country’s culture,” he explained.

According to him, Brazil enjoys a good image in the Middle East, and Brazilian products such as fruit, leather and hides, and footwear are considered high-quality. Pandey also said some products need adapting to match the needs of international clients.

He argued that covid-19 has shown the importance of e-commerce, particularly when it comes to restaurant deliveries. “Shoppers are not leaving home, and then you have wage cuts going on. This might set in motion a vicious cycle of dwindling consumption which, in the long run, might lead to a crisis. Thus, e-commerce is a strategy for this time, and there are easy ways to sell product online in those markets,” he said.

Pandey also discussed how shopper habits are evolving, with growing concerns over aspects including sustainable consumption and healthier products.

The webinar also featured professor Diego Coelho, who spoke on increasing competitiveness and on how to compete while adding value, cash flow and profitability. Coelho teaches lessons at Escola Superior de Propaganda e Marketing (ESPM-SP) and at Fundação Instituto de Administração (FIA-SP). He holds a doctorate degree in Business Administration from the School of Economics, Administration and Accounting of the University of São Paulo (FEA-USP). 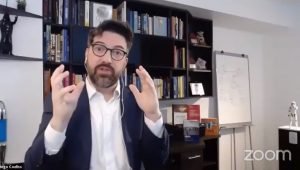 According to him, competition is only part of the picture. “You must figure out the environment when it comes to competition,” he said. Clients and suppliers can also be viewed as competitors.

“A good strategy is one where you compete to be unique, rather than to be the best. To offer something new, or in a different way than what’s already available on the market. Don’t try to take away from the competition. Try to carve out your own space instead,” he said.

Any company can go international, according to Coelho. “You don’t need to be big, but you do need to be competitive and to be able to adapt your business model,” he said. When a company goes international, there will be disadvantages, because it will compete with native companies that are already familiar with the market. However, according to the professor, this can be addressed with in-depth studies on the target country’s competition environment, and through business model adaptation and market positioning.

Towards the end of the webinar, processing company Qatar Meat Business Development manager Emad Elbagouri inquired about the possibility to work out better prices with suppliers in Brazil – some of which have been his partners for over 40 years now. 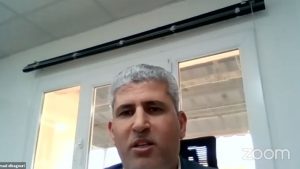 Diego Coelho said this is a strategic issue, because it implies competing with one’s supplier. “When you have a commoditized product plus the exchange rate variable, competing for these prices is a major shock. This is why relationship is so important: reliability can lead to long-term contracts, which in term can mean some interest margins and the sharing of some risks with the exporter. This might mitigate some of the fluctuations in price,” he said.

Vishal Pandey said the best solution would be to go to the biggest food industry show in Brazil and make a list of suppliers with assistance from the Arab Chamber, and then go knocking on their doors to negotiate prices. “If you buy large amounts, you can usually set prices better. A purveyor is always trying to optimize pricing,” he said.

For more on the webinar:

Watch the full webinar below: