The theme song of São Paulo samba school Vai Vai is the ‘Future Quilombo,’ and its parade will exalt the Nubian Dynasty. The Egyptian archaeologist and Egypt’s ambassador visited the school’s headquarters. 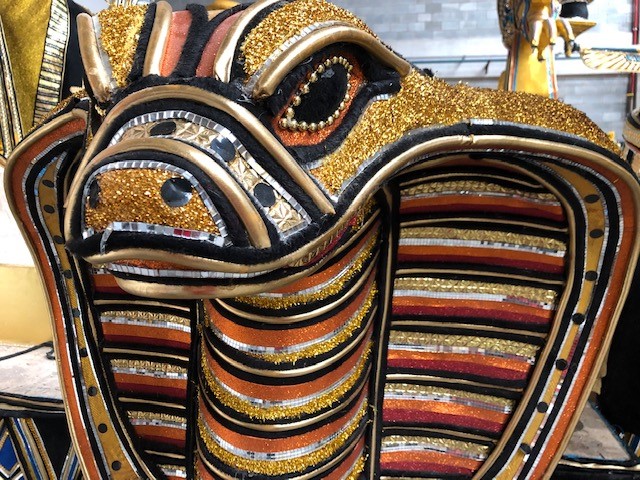 São Paulo – The front line of the parade of São Paulo samba school Vai Vai in the 2019 Carnaval will be Egypt-themed. It will tell the story of the Nubian, or Kushite Dynasty, of black pharaohs from Kush – currently Sudan. The Kushites reigned in Egypt for about 100 years during the 8th century, and left a legacy in agriculture, architecture and writing.

That is why the samba school’s warehouse, where the allegorical floats are being built and the costumes are being sewn up, welcomed Egyptian archaeologist Zahi Hawass, Egypt’s ambassador in Brasília, Alaa Roushdy, and Egypt’s commercial consul in São Paulo, Mohamed Alkhatib, this Tuesday (18). The delegation was welcomed by Vai Vai president Darly Silva, directors Renato Candido and Pedro Henrique, composer Marcelo Casa Nossa and designer Roberto Monteiros.

Vai Vai’s theme song Quilombo do Futuro (Future Quilombo) celebrates Afrofuturism and the school’s black roots. Vai Vai was founded in 1930 in São Paulo’s Bixiga neighborhood, where a quilombo (runaway slave dwelling) once existed. Monteiros said the song fits within the Afrofuturistic concept: “It’s a historical fiction piece that looks to reveal a past whitened down by the Eurocentric narrative, to occupy the present and project the future, using concepts from the 1970s, with a movement that had existed since the 1930s, when they realized black people weren’t portrayed in science fiction books. That’s what begot the movement,” he explained.

The idea is to portray the central role played by black people throughout human civilization, starting with Egypt. The Horus section, which includes a 17 meter-high, 80 meter-long front-end allegorical float and the 100-strong community wing, mestre-sala and porta-bandeira (the lead couple), some 80 Bahianas dressed as Candaces (a dynasty of warrior kings) and over 60 people parading in Egypt-inspired costumes.

The allegories represent Egyptian gods like Horus (the Sun god), Anubis (god of the dead), Apis (the god of agriculture) and Isis (the goddess of love and magic), and emblematic animals like the serpent, the dog, the lion and the eagle, as well as pharaohs, sarcophagi and sphynxes, all of which are symbols of the age-old Egyptian culture. “With this plotline, we are telling the story that books don’t tell – that black people aren’t the descendants of slaves, but of kings and queens,” said Renato Candido. 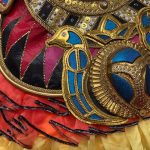 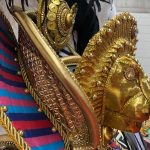 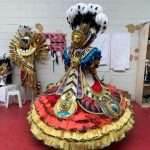 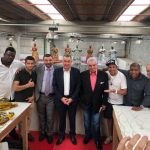 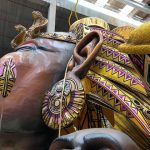 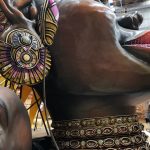 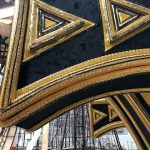 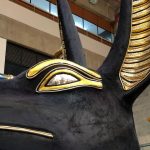 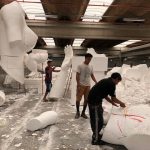 “We can draw a parallel between Horus, the Egyptian sun rising God, and Eshu, an Orisha from religions with African roots,” said Monteiros, who also made a connection between the origin of Carnaval and the Ancient Egypt. “This idea of reversion of power, the king being a commoner and the commoner being a king in carnaval, reminds the grand parties made in honor of the gods Apis and Isis from Egypt”, he explained.

The entire parade will include 3 thousand people and five allegorical floats in the sixty-five-minutes presentation. According to Monteiros, the parade won’t have only black people parading but the front commission will be composed entirely by blacks, half of them African and the other half Brazilian.

The Egyptian ambassador Roushdy said he was glad to see Egypt as part of the plot-theme. “I’m fascinated to see the work of a samba school up close.”

This was the first visit of the archeologist and Egyptologist Zahi Hawass to a samba school warehouse, who kept attentively making notes in Arabic on a yellow notepad. He told ANBA he enjoyed his visit.

“It’s fantastic! Everything is so beautiful, they made a good job; I like the idea of the Egyptian symbols, and the clothes are very colorful – Egyptians didn’t have so many colors – but in the end it’s good publicity, both for the black people and the Egyptians,” said the archeologist. “It’s important to say that these are kings and queens of the 25th dynasty, the Kush kings from Sudan who reigned for a short period of time in Egypt and don’t represent the Ancient Egypt,” stressed Zahi Hawass

Vai Vai is the greatest winner of the Carnaval in São Paulo with 15 titles. In 2019, it will be the fourth school to parade on March 2nd, a Saturday.