Face coverings will be worn by healthcare professionals in units of the Federation of Santa Casa and Beneficent Hospitals of the State of São Paulo. 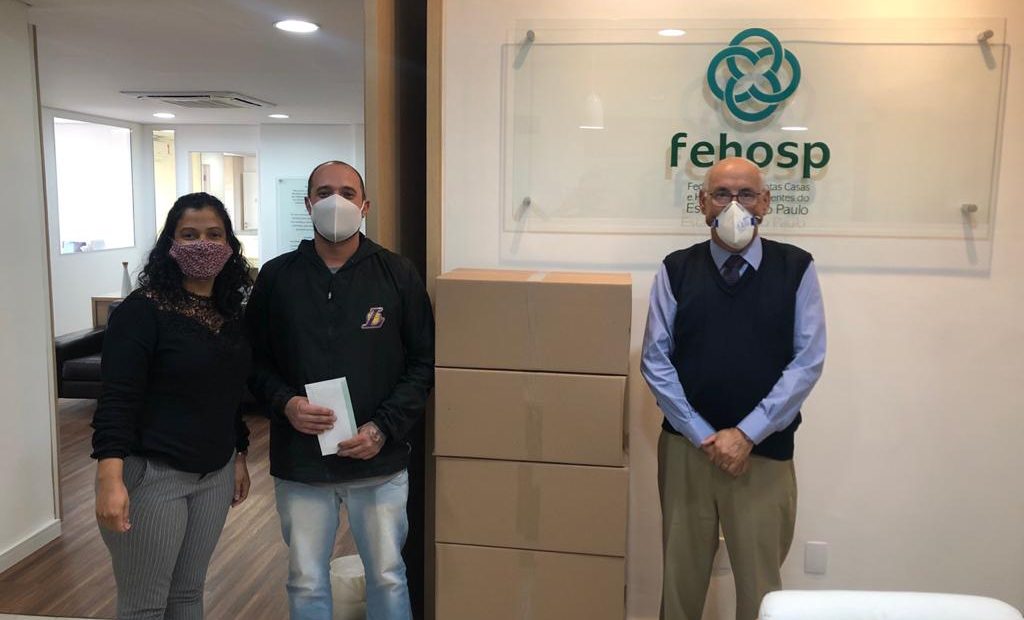 São Paulo – The Arab Brazilian Chamber of Commerce has made another donation earlier this week to help fight coronavirus. The entity delivered 2,000 face coverings on Wednesday (1) to the Federation of Santa Casa and Beneficent Hospitals of the State of São Paulo (Fehosp). The face coverings are designed for healthcare professionals and will be directed to some of the Holy Houses of the state of São Paulo.

The donation had the collaboration of the Arab Chamber member company H2R Pesquisas Avançadas, in partnership with the company Novo Conceito. The donation was received at the headquarters of the federation by its fundraiser Cássia Carneiro and president Edson Rogatti (pictured above, on the left and the right, respectively, next to the delivery guy).

The donation is part of a series of other initiatives carried out by the Arab Chamber to help Brazil face the disease in a campaign that started in early March. Donations have included 30,000 coverings, 5,700 pillowcases and 1,250 liters of hand sanitizer to the Santa Marcelina Hospital, 2,500 face coverings for children and teenagers undergoing cancer treatment at the Santa Casa de Misericórdia Central Hospital, 500 coverings to the Institute of Childhood Cancer Treatment, and others.

In addition to making donations with its own resources, the Arab Chamber launched a crowdfunding effort for people and companies interested in participating. The focus is helping public hospitals in preventing and treating COVID-19. Those interested can contact the entity or access the crowdfunding campaign.