In addition to making contacts expected to pay off in months to come, executives from Brazil closed deals during the beauty industry show that wrapped up this Wednesday in Dubai. 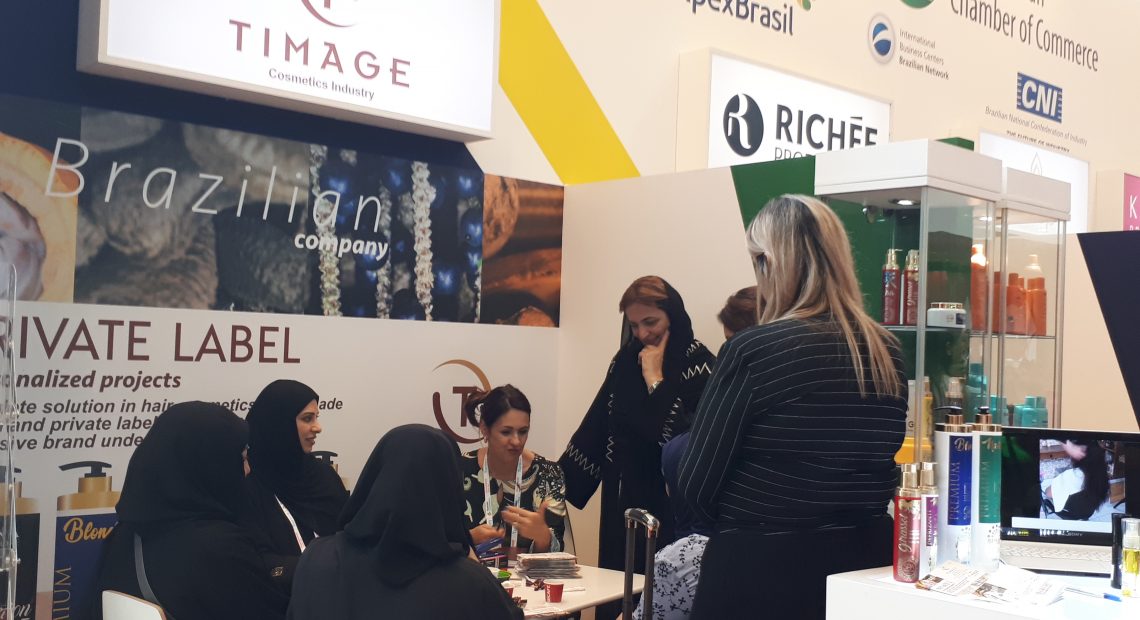 Dubai – Brazilian executives at Beautyworld Middle East said they achieved their goals, and some struck deals during the trade show that ran from Monday (15) to this Wednesday (17) in Dubai, the UAE. The Arab Brazilian Chamber of Commerce stand featured seven companies which made over 150 contacts total throughout the event. One of them was Keep, which reached agreements with three representatives in the UAE and Egypt. Delivery of the first product batch in the UAE is expected this month, comprising 100 units of each of the brand’s hair products. The company joined the mission organized by the Arab Chamber in partnership with the Brazilian Trade and Investment Promotion Agency (Apex-Brasil) and the and the National Confederation of Industry (CNI), led by the Federation of Industries of the State of Goiás (FIEG).

Arab Brazilian Chamber Dubai office head Rafael Solimeo said the event brought Brazilians and Arabs together. “This was the first event we’ve had with active support from the Dubai office, and I realized its importance in encouraging and following through with Arabs who are looking to get involved in projects with Brazil,” he said regarding the fact that people from countries like Iraq sought out Brazilian goods and services like brand outsourcing via Brazilian companies. The Chamber’s local office opened last February. 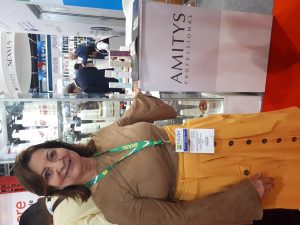 The service is available from Timage (pictured above), which got in touch with 40 prospective clients during Beautyworld. Thirty percent of those contacts are likelier to yield actual deals. “We are very confident about the trade show and contacts. Since we work on outsourcing, we will work on each deal for six months to one year after the initial contact. We sat down with people from countries like Bahrain, Egypt, Iraq, Jordan and the UAE,” Timage commercial executive Lidiane Andrade said.

At the CNI stand, companies like Amitys saw better-than-expected results. “We’re surprised. We started exporting in 2017 and this is our first trip to this expo. We found lots of people interested in Brazilian products,” said owner Maria do Carmo Alves Teixeira. Amitys had about 50 meetings during the three-day event, at least 10% of which are expected to lead to deals over the next few months. Two deals have already gone through, one of which concerns sales to Iraq. 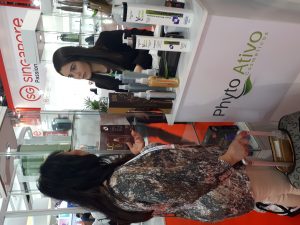 Phyto Ativo found good contacts in Arab countries like Saudi Arabia and Egypt, and in non-Arab ones like New Zealand and the United States. “What I liked best was this diversity. You get distributors with market experience from all over the world here,” said Ana Paula Ferrazoli Mella, who works in the family business in Ourinhos, São Paulo alongside her parents. She spoke to over 50 contacts.

And another brand to come away with deals was Richée Professional. With an office in Dubai, the company concluded talks with distributors at the Arab Chamber stand. It completed five deals during the expo, for markets including Oman, Jordan and Iraq. Some 90% of the 45 contacts it made involved distributors – which it came to Beautyworld to find – and the remainder involved beauty shops, export manager Juliana Camillo said.

And the Arab Chamber space also featured Vitta Gold, which got in touch with about 20 players, and six are expected to go through in the medium term. Looking for representatives, the company sat down with executives from countries including Tunisia, Oman and Iran, and it saw turnout increase on the final day of the expo. Other Brazilian companies were at Beautyworld Middle East, in standalone stands or missions like the one organized by the Brazilian Association of the Cosmetics, Toiletry and Fragrance Industry (Abihpec), which brought 15 brands to the event.