An international short-filmmaking contest for students is taking place next July in Guarujá, São Paulo. Contestants from 27 different countries have entered so far. 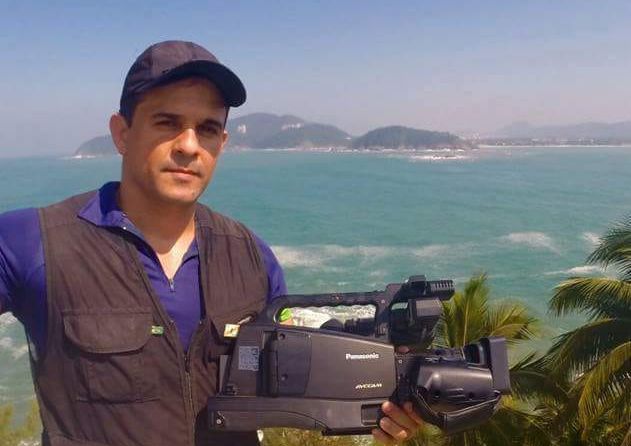 São Paulo – The city of Guarujá, in São Paulo, will host an international filmmaking competition for students, and organizers are looking to get Arabs to join. The World Student Filmmaking Cup will run from July 15 to 25, during the mid-year school holidays. Teams from 27 countries – including Canada, United States, Argentina, Chile, Germany, Spain, Australia and Japan – have joined so far, but none from Arab countries.

“The Arab countries boast high quality audiovisual productions. They have some incredible films,” says filmmaker Tony Valentte (pictured above), the event’s creator, producer and manager. Valentte has made films about Muslims in the past, so he’s aware of Arab cinema. He’s intent on getting young people from that part of the world to join the Cup. For the contest, Valentte has partnered up with the Guarujá City Hall’s Secretariat for Education, Sport and Leisure.

Entrants must pre-register first. In case more than one team from the same country applies, organizers will choose the best entry on the basis of technical ability and project merit. According to Valentte, this will be so only in the first edition. Next time around, the plan is for selection to take place separately in each country.

High school, university and film school students are eligible. Besides the grand prize, which is international, awards will be given in national, regional and municipal categories. The nationwide contest will feature one team per state. The regionwide one will include students from schools in the Baixada Santista area, and the municipal contestants will be from public schools in Guarujá. The only cost entrants will have to meet is travel to São Paulo. The Cup will cover shuttle services to Guarujá, accommodation, meals, production structure, security and other needs. A team of interpreters will be on hand to help non-locals.

The organizers are working to put Guarujá in the global spotlight, with over 80 short films being made simultaneously. Each team will have 48 hours to make a film lasting up to 15 minutes. Eligible themes will be made known once the regulation comes out in April. This many films being shot at once should set a new Guinness World Record, organizers said.

Valentte asserts that this is the first contest of its kind in the world. He notes that most film festivals are about screening existing films, while this is a filmmaking contest designed to encourage and reveal upcoming talents. “Right now, with digital platforms available, there’s a vast market to accommodate new artists,” he says. Organizers are in talks with a major streaming platform to partner up for the event. Support is already in place from the Guarujá Convention & Visitors Bureau and the Visite Guarujá website.