The Brazilian company is manufacturing processed poultry and beef items in Abu Dhabi, to cater to a growing demand in the UAE. Its facilities were visited by a delegation from Brazil this Saturday (21). 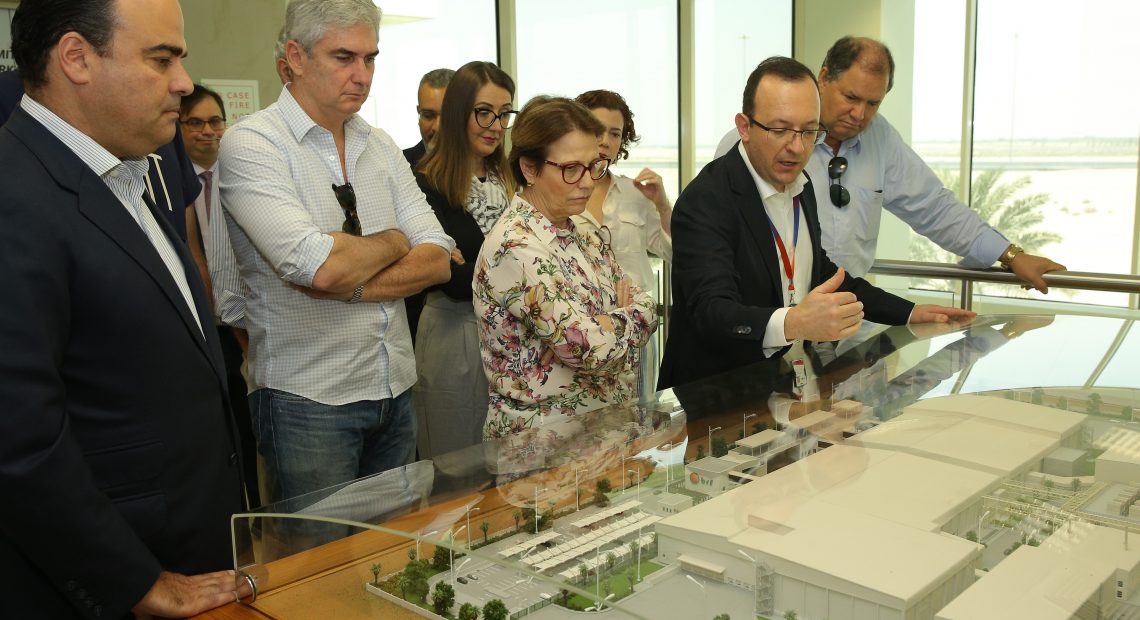 Abu Dhabi – Manufacturing at Brazilian food company BRF’s plant in Abu Dhabi, UAE is tailored to match a trend towards shorter cooking time items. “The consumption habits are still there, but what gets bought is changing a lot,” BRF’s Legal, Compliance and Institutional Relations vice president Bruno Ferla told the delegation from Brazil that’s currently in the UAE and who toured the company’s facilities here (pictured above).

According to Ferla, poultry is widely consumed in the country and the market is strong for whole, griller-type chicken, but as more women join the labor force, families will tend to seek out more practical products. That’s where BRF’s Abu Dhabi-made goods like hamburgers, sausages and breaded items come in. 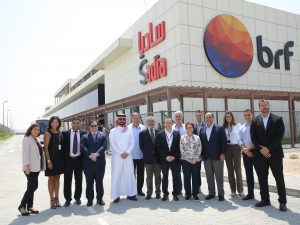 Some of the delegates with BRF executives

The company owns five production lines here – chicken and beef burgers, marinated breasts, customized food service items, sausages, and breaded foods such as chicken nuggets. All of the poultry is sourced from Brazil, as is 90% of the beef. “The idea is to be close to consumers,” said the plant’s general manager Giovani Pelliza.

The facility puts out 81,000 tons of product per year, set in a food industry cluster within the Khalifa Industrial Zone Abu Dhabi (KIZAD), 15 km from the eponymous port through which the raw material comes in. Even though almost 100% of the meat comes from Brazil, other ingredients are from all over the world.

The plant opened in November 2014, at which point it made only hamburgers. Pelliza told the delegates that this was BRF’s first non-Brazilian plant 100% built and engineered in-house. The BRL 160 million (USD 38 mn) project was designed in Brazil and adapted to comply with the UAE’s laws, food safety and other requirements. 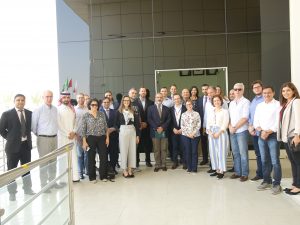 Delegation from Brazil was welcomed to the facilities

Early on BRF would handle only 1% of distribution, but now it’s up to 70%. The product gets exported regionwide, and 80% of transportation is done by land, according to Pelliza. The unit employs 598 staff. Operational positions are held by foreigners, but there are many Brazilians in strategic jobs.

The Brazilian delegates currently in the UAE hail from the private sector and organizations including the Arab Brazilian Chamber of Commerce, whose president Rubens Hannun believes BRF is exploring the region’s potential in a very effective way, including by exporting from the UAE. “The plant is state-of-the-art and an example of modernity and organization. It puts Brazil in a very interest place, production-wise,” Hannun told ANBA.

Apart from Ferla and Pelliza, the group from Brazil was welcomed by other BRF executives, including Exports director André Taffarello. The delegates are visiting the UAE as part of a tour of four Arab countries by Brazil’s minister of Agriculture, Livestock and Supply Tereza Cristina. The minister visited BRF’s plant on the next-to-last day of her tour. She has been to Egypt, Saudi Arabia and Kuwait.