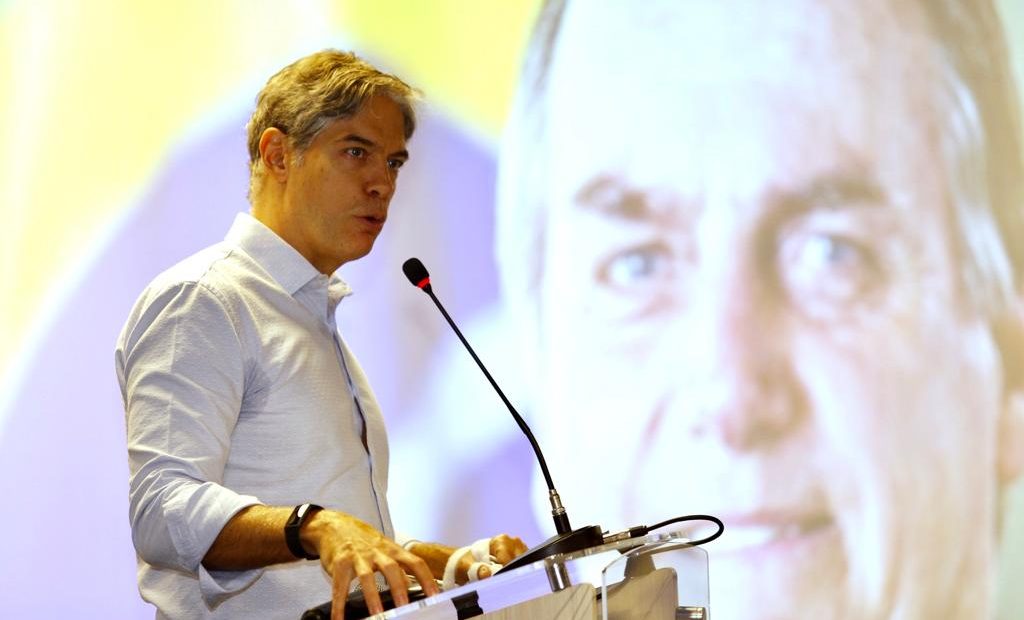 São Paulo – The economist Ricardo Amorim (picture above) believes Brazil is entering a cycle of economic growth, with promising expectations for attracting foreign investments. Amorim, who is a host of the TV show Manhattan Connection, talked about the topic during  a lecture about Brazilian economy and international trade at the headquarters of the Arab Brazilian Chamber of Commerce in São Paulo this Thursday (7).

Amorim sees a potential for investments in emerging countries with big markets, such as Brazil, China, India and Indonesia, and thinks only a major international economic crisis may cause the Brazilian economy to have a poor growth, from 2 to 2.5%, in the next three years. He expects an economic recession in United States between this year and the next. “It has to come in the next three years, but it can’t be merely a recession, it would have to be the worst economic crisis in the history of capitalism,” he says. 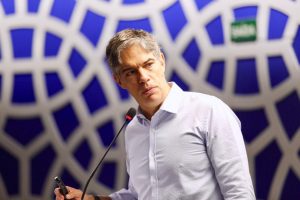 Ricardo Amorim is a TV host

He says the appetite of foreign investors for Brazil is “huge.” Ricardo Amorim divides the world in three groups: developed countries, with developed markets, clear rules, but small growth; the emerging ones that form large blocs but, for the most part, have small markets on their own; and the emerging ones with large markets, such as the four countries mentioned above, including Brazil. “These countries are mandatory for any company wanting a leading position in the global market,” he states. 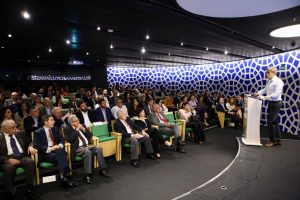 Despite the optimism relative to the Brazilian economic performance, Ricardo Amorim says the foreign environment is a cause for concern. “I’m afraid there is a significant risk that the world economy is coming to a recession,” he says. In addition to Chinese and European economies decelerating, he claims the United States is showing signs their growth cycle is coming to an end. For Brazil, according to him, the big difference will be when this will happen.

“If it happens next year, I hope the Brazilian economy will be much stronger than it is now because there will be time to pass important measures that have to be approved and will put us in a stronger situation to deal with (the American recession’s) negative impacts. If it happens in two months, Brazil will still be more fragile to handle it,” he said.

According to the economist, former president Michel Temer fixed two problems Brazil faced: inflation and the lack of encouragement for production, but the public accounts remain an issue. The high deficit is a result from the machinery of the government and the social security spending, according to Amorim. The economist believes the social security reform legislation will have a significant impact on the reduction of the public debt. “Solving this public-accounts problem, Brazil will attract foreign investments like crazy,” the host said to the public. 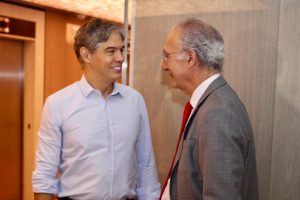 Amorim started the lecture saying one way to help Brazil to grow is putting it into the world economy. According to him, this starts with stronger relations between the country and all its trade partners. The economist considered wise the president Jair Bolsonaro declarations, then just a candidate, to get closer to the United States but mistaken the ones about hardening relations with China. “We don’t have to be on one side or the other in this trade war and, for me, the same goes for the government talking about getting closer to Israel,” said Amorim.

One of the president’s campaign promises was to move the Brazilian embassy in Israel from Tel Aviv to Jerusalem, something that may displease the Arab markets, which are major Brazilian trade partners. Amorim sees four groups inside the government: the family, the military, the technical, and the political group, and believes these groups are still hitting it off. “Despite the mismatched declarations, I believe we are on the right path to open Brazil for businesses and I think that opens huge opportunities for all.”