During a webinar hosted by the Arab Brazilian Chamber, Tereza Cristina said Arab countries are one of the Ministry’s priorities when it comes to foreign markets amid the Covid-19 pandemic. 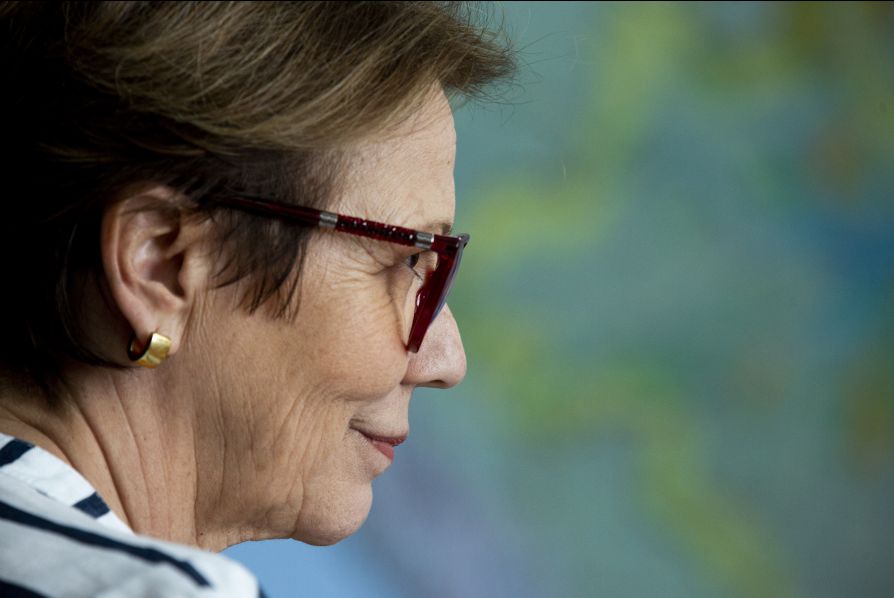 São Paulo – Arab countries are one of the priorities for Brazil’s Ministry of Agriculture, Livestock and Supply when it comes to foreign markets, said minister Tereza Cristina (pictured above) during a webinar hosted by the Arab Brazilian Chamber of Commerce this Wednesday (8) morning. The live stream got over 800 viewers.

The minister said Brazil and the Arab countries must come together to find ways to cut transportation costs, especially in marine shipping. She also discussed the addition of new products to Brazilian-Arab trade.

“Coronavirus will eventually blow over, and we need to be more understanding about opening up to other products. We need to work with bigger product diversity. As far as Brazil is concerned, we are doing all we can to keep our market open, efficient and reliable,” she said. 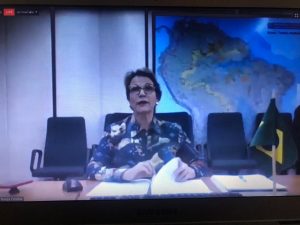 In the wake of the minister’s tour of Egypt, Saudi Arabia, Kuwait and the United Arab Emirates last year, several products were cleared for export from Brazil in those four countries as well as in Morocco,” Cristina remarked.

“I had a very successful visit, and surely we can do a lot more,” she said. The minister explained that the pandemic led her to postpone a trip to Saudi Arabia, which should come to pass before the end of this year. “But for the time being we can work out a more aggressive strategic plan for Brazilian-Arab trade, which we’d like to enhance more and more. I am making myself available so that we can share information and come out on the other end with new ideas and solutions for our relationship, both as trade partners and as friends,” she said. The minister announced her readiness after Rubens Hannun’s proposal to elaborate a joint strategic plan to strenghten Brazil-Arab relations, which was also welcomed by Khaled Hanafy too.

Tereza Cristina said the Ministry’s inspection and oversight activities are going on as usual to ensure that food safety standards are being met for humans and animals alike. “We are working with international partners to make sure we live up to our role as suppliers of quality food to the world,” she said.

The minister also mentioned that a number of Brazilian-made products got greenlighted for exports to Arab countries in the last few months. She called upon these countries to keep working with Brazil to streamline the issuance of certificates. “So that once the coronavirus crisis is over we will be able to make an ever-bigger contribution to our great partners in the Arab world,” she said. 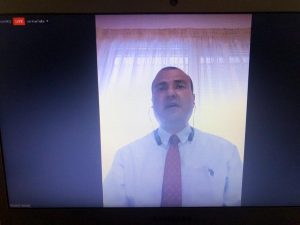 Union of Arab Chambers secretary-general Khaled Hanafy was also a speaker during the webinar. He said Brazil and the Arab countries need strategic alliances and value-added activities. He mentioned the possibility of giving Brazilian smallholder farmers direct, middleman-free access to Arab markets.

“We are aware that smallholder farmers in Brazil ultimately do not benefit from crop price hikes. All they get is the bare minimum, so they get paid the same even though the selling price goes up. We want to link them up with the markets in Arab countries so they can supply sugar, soy and other products. That way we can go around the middlemen so farmers can reap the benefits,” he said.

Hanafy also said shipping lanes are needed in order to cut costs, and that Arab countries are gateways to other African and Asian markets.

From an international perspective, the minister said she is having videoconferences with Agriculture ministers from across South America, to discuss regulatory adaptations and to make sure that goods and food keep flowing smoothly by land across the region during the pandemic. “Although road borders have been shut down to foreign travelers, there are no restrictions on agricultural cargo,” she said.

Minister Cristina said that in times like these, international cooperation is all the more important. “Now is the time to show solidarity, to act responsibly towards our shared goal of increasing safety, immunity, nutrition and the general wellbeing of people around the world.” She said Brazil adheres to food safety rules strictly. “We had a lot of work to do at the onset of the pandemic, in a tandem effort involving the private and public sectors, to get workers in essential industries – and that includes food supplies – to keep working within normalcy as much as possible and as safely as possible,” she said.

This safety, according to the minister, entails proper collective transportation; utmost care by meat packers, including by providing individual protection equipment to workers, as well as disinfected dressing rooms and cafeterias. “We need to work together so we can get through this safely, and so that our workers can keep working,” she said.

The minister also discussed the logistical aspect of agriculture and livestock farming. She said the Agriculture Ministry is working with the Ministry of Infrastructure to make sure truckers get the support they need to work safely, ensuring product distribution. “There is no use in keeping the industry going if we’re unable to get products to supermarkets’ shelves, or to seaports so they can get to the countries that we sell to,” she said.

The minister said there are big concerns regarding produce and flower supplies, the hardest-hit sectors right now, since production is still going, but demand is weak, since the bars, restaurants and hotels are closed. According to Cristina, BRL 500 million will be made available to these producers.

“This is so they can get their product sold, so that the federal, state and local governments can work on distribution and the product doesn’t get blocked off. We need to keep these production chains going so that later on we won’t see shortages in the central produce markets, which are still working as normally as possible,” she said.

According to her, the money will reach produce, flower and dairy farmers, as well as smaller, family-driven cooperatives via Conab (the National Supply Company).

“Science is our biggest ally,” said Cristina upon disclosing that she ruled that Embrapa (Brazilian Agricultural Research Corporation) laboratories must also analyze coronavirus tests. According to her, Embrapa has labs in 27 different cities, with 108 specialized staff. “By deploying this whole network, we estimate that we’ll get over 76,000 tests analyzed each day. This could double the national capacity,” she said.

The Ministry of Agriculture and other government entities have also joined sugar and ethanol producers to make hand sanitizer, Cristina said. 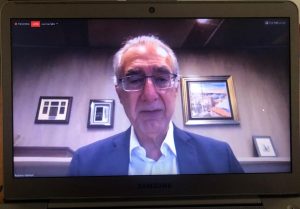 Rubens Hannun: Online certification is being rolled out

Hannun discussed the relevance of sharing experiences and enhancing strategic Brazilian-Arab partnerships. “The Chamber’s headquarters are closed, and yet we are working more than ever. From home, our staff is doing a sensational job of keeping the flow of goods unhindered and without any delays. We have even improved. We’re taking a step forward here. We are rolling out online certification in several countries. This cuts costs and it cuts lead times down from seven days to one day. That’s extremely fast. And alongside the Ministry of Agriculture we are putting in place stricter food safety controls. These procedures lead to a tighter-knit partnership, and they mean our Arab partners can rest assured,” he said.

In her closing remarks, Tereza Cristina quoted an Arab proverb: “Never feel defeated by the obstacles. No matter how hard the adversity, with each obstacle that presents itself to you, make it a step to a better place, one of heightened vision and maturity. There is no defeat unless you accept it.”

Hannun invited viewers to the next Arab Chamber webinar, on international logistics, at 9 am on Wednesday 15. More details coming soon in ANBA. 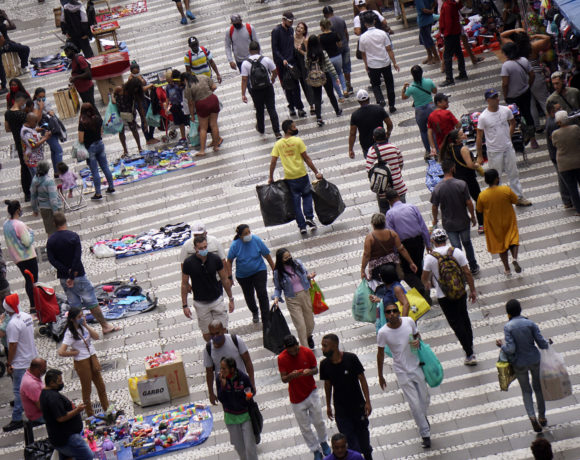 Brazil’s economic activity up 2.3% in Q1 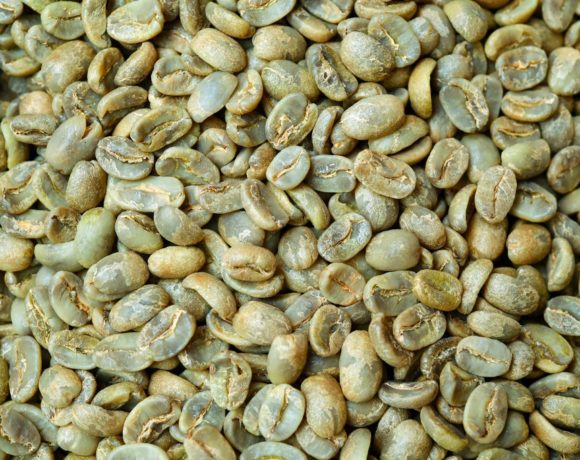