The organization will have its anniversary on July 2, 2020. To mark the occasion, it will release on July 22 the first-ever specific research into Arab immigration to Brazil.

São Paulo – The Arab Brazilian Chamber of Commerce will have its 68th anniversary on July 2, 2020. To mark the date, it will put out a research on Arab immigrants in Brazil on July 22. This is the first-ever study to delve exclusively into the subject. It has determined the percentage of Arab descendants in Brazil, and the educational, social and professional profiles of immigrants and descendants.

The July 22 release will take place in a hybrid event, partly held onsite at the Chamber’s São Paulo headquarters, but mostly online due to the novel coronavirus pandemic. The event will be open to people interested in the subject, in Brazil and elsewhere. Further details will be out soon. 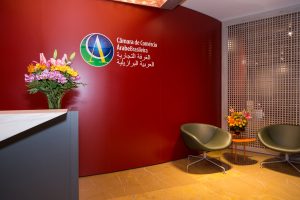 The Arab Chamber was established 68 years ago

“This a contribution of the Arab Chamber to the community,” the organization’s president Rubens Hannun told ANBA. The information will enable people to find out about the true size of the Arab community in Brazil and its insertion in Brazilian society. “We wish to help so that despite being in Brazil, this community will not lose touch with its Arab identity or its roots,” he said.

The history of the Arab Chamber is intrinsically tied to Arab immigration. The Chamber was established by immigrants and descendants, and it is helmed by them until this day. Its purpose is to connect Brazil and the Arab countries. “Nowadays Arab countries are the third biggest destination for Brazilian products, and Brazil is a major pillar of food security in Arab countries. The Arab Chamber plays a central role in that,” said Hannun.

Aside from working to connect countries’ economies by showcasing and promoting business opportunities, the Chamber works to build governmental rapport and enhance cultural ties. Apart from its São Paulo offices, the Chamber has a branch in Itajaí, Santa Catarina, and an international office in Dubai, UAE. Plans are in place to open new units in other Arab countries soon.