For her doctoral work at the University of Oxford, Brazilian Egyptologist Thais Rocha looked into the notion of ‘home’ in connection with the worker villages of Ancient Egypt. She joined fieldwork in Amarna, where public areas were also viewed as places of residence. 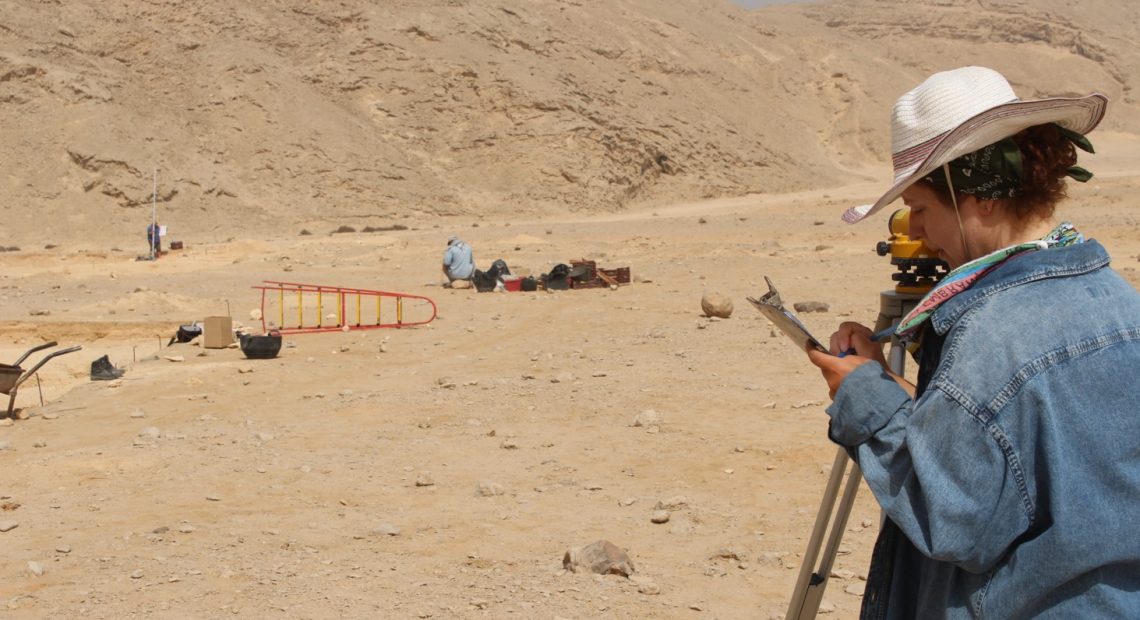 São Paulo – It was a long road for Brazilian Egyptologist Thais Rocha (pictured above) from her childhood dreams until the day she first set foot in Egypt. “I’ve been interested in Egypt since I was a kid. I’ve been blessed, because my family has always encouraged me. I took History because undergraduate courses in Egyptology are not available in Brazil,” she told ANBA. Rocha completed her doctorate studies at the University of Oxford, UK last February, and she makes a point of not glamorizing her profession. “Some people ask me how I ‘made it,’ but there’s no easy answer. I taught History in high school for a long time. I also worked at MASP (the São Paulo Museum of Art) to earn a living. Doing research in Brazil isn’t easy,” she said.

Rocha graduated in History from the University of São Paulo (USP) back in 2001. In 2010, she began her master’s studies in Jewish and Arab Studies, also at USP. During the near-decade-long hiatus between the two, she worked at different institutions and kept taking classes and studying aspects of anthropology. For her master’s studies, she delved into a subject that she’s still working on: the study of domestic space in Greek-ruled Egypt – the so-called Hellenistic Period. “The household space is so obvious because it’s your first experience ever, but it’s being so obvious means you don’t question it,” she noted.

While pursuing her master’s she also explored a more specific perspective: gender. “I wrote a dissertation on letters written by Egyptian women. I always found letters to be a very personal thing, almost as if you could hear the writer speak. We’re talking about the elite; it’s a social stratum that had access to reading. Women at that time had way more space in society than we imagine,” Rocha explained.

More than questioning how Egyptian women were viewed, the researcher began to reconsider that society’s definition of home. As she completed her master’s, instead of certainty she had a new question in mind. “I began to inquire what domestic space was, and not just in the Hellenistic Period. Many people talk about how women would occupy the space of the household, but no one says anything about what Egyptian houses were like,” she said. 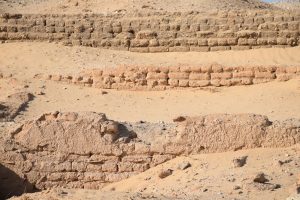 Household structures at the workers’ village

In exploring this issue, Rocha relied on support from researchers whom she’d met before she’d even begun her master’s studies. “When I went to England and Chicago, I had the chance to do research and I introduced myself to the [Oxford] Egyptologist team. They generosity of professors in England was amazing. I kept corresponding with them once I got back to Brazil. during my master’s studies, one of my supervisors, Elizabeth [Frood, of the Faculty of Oriental Studies], who told me I could apply for a doctorate. I thought she was just being nice, but when I completed my master’s she talked to me about it again, so I thought ‘Let’s do this!’”.

Going to Oxford wasn’t without its hitches. For her first attempt, in 2014, she got accepted, but couldn’t get a scholarship. “Picture the frustration: you get approved to a world-class institution like that one and then you cant’ go. I tried to get a sponsor but couldn’t. I lost my seat and had to do it over. And there’s things in life that you don’t expect, because the following year I got three scholarships to choose from,” said Rocha, who relied on funding from the National Council for Scientific and Technological Development (CNPq) for her stint at Oxford.

During the four years she spent pursuing her doctorate, her supervisor fell ill. She had to find another professor to support her, and that’s when she met Linda Hulin of the School of Archaeology. “Finallly, Elizabeth returned, so I was able to count on these two supervisors, one of whom is a go-to source on Egyptology, and the other on Archaeology,” she recalled.

Rocha started her work by delving into two worker villages in Egypt: Deir el-Medina and Amarna. As she dug deeper into her studies, she decided to focus only on Amarna. The village was excavated in 1921 and 1922, and it is lately an object of study of the Amarna Project, which involves universities including Oxford. For her second year of doctorate studies, Rocha asked if she could see the work being done at the village – she’d never been to Egypt. “I asked the deputy director and I ended up in the team! It’s one of the biggest digs, it has been studying the archaeology and the history of Amarna for at least 40 years now,” says Rocha, who’s a member of the Amarna Project until this day.

She spent two months in 2017 and one month in 2018 doing fieldwork in Egypt. “I had a lot of support from the researchers. This is important, because you get to talk to the professionals. Amarna is the best place in which to study households in Egypt,” she said.

The household in shared spaces

The village in Amarna was inhabited by wage workers during the time of pharaoh Akhenaton. It was only populated over a 20-year period. Rocha found that these villages were created by the Egyptian State. “The State would supply the material and the blueprints, and it is very likely that people would build their own homes. The villages were maintained by the State, which would deliver water, food and tools. The settlement was one big domestic space. The village was like a home, a space of coexistence. This approach to space was similar when it came to elite houses. Since the houses are small in the workers’ village, they will create shared spaces,” the Egyptologist revealed.

Household structures at the workers’ village

The definition of ‘house’ in that society encompassed broader spaces. “Those populations would experience the domestic space outdoors, more so than indoors. My research also touches on gender issues. Even though it’s not the primary subject, it’s in there too,” she said.

According to Rocha, the areas where workers’ houses would be were demarcated first thing. The walls surrounding each property would get built first. Residents had to organize and to go about activities such as raising animals and even practicing their religion outside these walls. “This raises another question: what period did this approach emerge in? Is it featured in other archaeological sites?”, she inquires, pointing out that the notion of home hinges on variables like historical period, location, and culture. “The most private space [in Ancient Egypt] is the desert. That’s where one is completely alone. And the household is a shared space,” she says.

Now, Thais Rocha is planning to find out whether this approach to housing existed elsewhere in Egypt. She has partnered up with one of her Oxford supervisors to try to bring the project to fruition. She is glad to see an improvement in Brazilian Egyptology. “Things have really improved over the past ten years. Some of my colleagues are having the opportunity to study abroad, or to take sandwich PhDs. I’m so glad things have gotten better,” says Rocha, who believes in the potential of scholarships like the CNPq’s to improve the professional lives of future researchers. 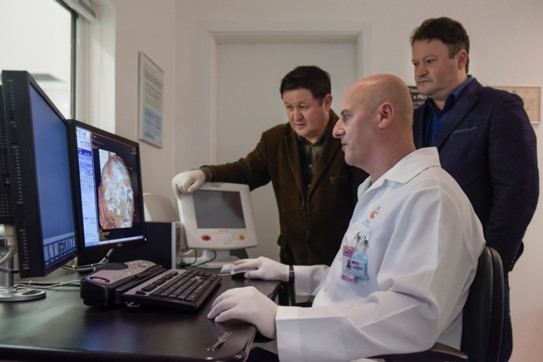 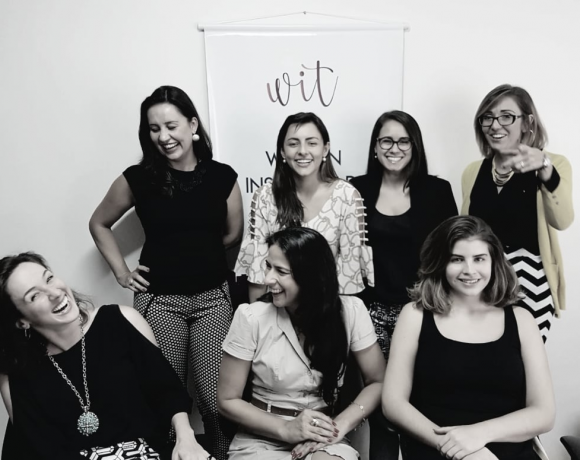 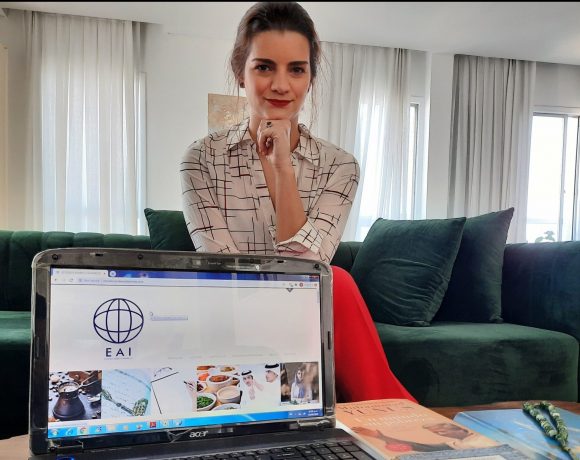