Embrapa developed new varieties that are adapted to hotter regions, which opens new possibilities for increasing Brazilian production. Blast-resistant cultivars can be a turning point. 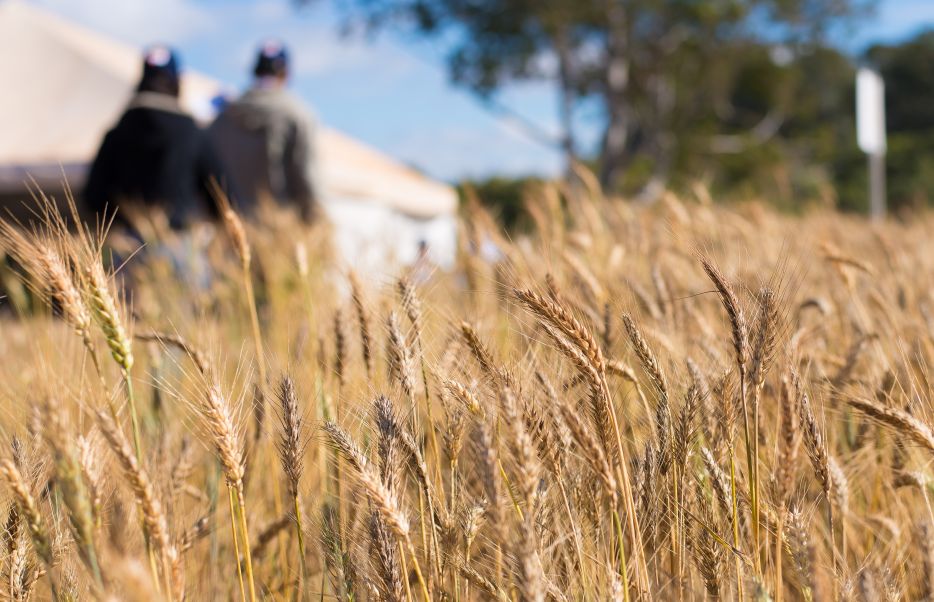 São Paulo – The expansion of wheat plantation to new regions in Brazil means that the country may become self-sufficient and even have a surplus to export. From the Brazilian South, where most of the harvest come from, the crops have spread to Cerrado, a promising region to change the wheat production in the country. The development of cultivars that are appropriate to the biome’s climate and soil is one of the reasons for the good news.

In Cerrado, Minas Gerais has stood out in developing wheat plantations. The state has Brazil’s third largest growing area, with 87,900 hectares in 2019 crop, behind Paraná, which has the largest harvest extension, with 1 million hectares, and Rio Grande do Sul, the second one, with 702,200 hectares planted this year, as per data from Brazilian National Company of Supply (CONAB).

According to the head of the wheat division of the Brazilian Agricultural Research Corporation (Embrapa), Osvaldo Vasconcellos Vieira, the state of Minas Gerais produced around 50,000 tonnes of wheat five years ago. In 2018 crop, it produced 207,200 tonnes, according to CONAB. “We’ve worked hard in Cerrado for the last four or five years,” says Vieira, a wheat enthusiast. Vieira deals directly with research and is certain that Brazil will be self-sufficient and have a surplus to export in a few years. 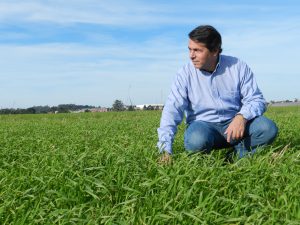 The head of Embrapa Trigo, he says that cultivars more adapted to Cerrado were launched five years ago thanks to Embrapa researches and that the productivity in the region may be very high, reaching up to 7,000 kilograms per hectare in irrigated harvests. The development of wheat seeds for Cerrado came from the need to find a culture that could be rotate with soy in the plantation and from examining the grain producing dry regions around the world, Vieira says.

The drought-tolerance gives Cerrado wheat a competitive edge over corn, which is usually chosen to rotate with soy. Wheat has also shown to be an efficient partner for soy because of the remains it leaves on earth. In the no-till farming, the sowing is made directly over the fodder from last culture. “The amount of wheat roots that burrow into the ground improves the soil absorption of water and air, which greatly benefits the cultivar that comes after,” Vieira says, also mentioning the humidity left by the wheat straw and the time it takes to degrade.

Minas Gerais Cerrado has moved quickly towards wheat, but other regions with the biome, such as Goiás, Distrito Federal, and Mato Grosso do Sul, in the Central West Region, as well as Bahia, in the Northeast, are part of the group of nine wheat producers in Brazil. São Paulo, which is the Southeast Region together with Minas, also takes part. The state of São Paulo is second only to Minas in size of wheat harvests, having had 82,300 hectares planted in 2019 crop. Some of these regions were already cultivating but have boosted it recently. 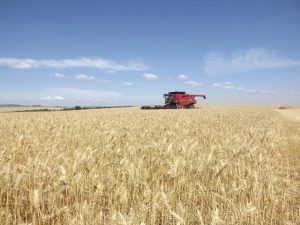 Cerrado may have a high productivity in wheat

CONAB estimates that this year Brazil harvest will reach 5.48 million tonnes of wheat, up 1.1% from 2018. Mainly due to harvest diseases and the climate, some regions will have a significantly lower harvest. The highest increase in production is expected from Goiás, up 61.3%. In São Paulo, production is expected to grow by 21.6%, in Minas Gerais 5.6%, in Santa Catarina 3.9%, and in Rio Grande do Sul 3.4%. Other states will see a decline.

In the city of Uberaba in Minas Gerais the enthusiasm for wheat production prevails. Embrapa opened an Advanced Tropical Wheat Research and Technology Transference Department, which was an initiative from the city hall and has fostered the grain’s cultivation in the city and its surroundings. Uberaba Agribusiness Development secretary Luiz Carlos Fernandes Saad says the city has dedicated itself to wheat around three years ago and the production grew from less than 1,000 hectares to approximately 6,000-7,000 hectares.

Just like the whole Cerrado, Uberaba produces both dryland and irrigated wheat. The choice usually depends on the producer financial circumstances, since the irrigated production demands a higher investment. Saad says that the city of Uberaba is Minas Gerais’ largest rural producer and has a high diversity in agriculture and livestock, including cattle herd, soy and barley crops, and others. Wheat is expected to foster an even higher diversification, the secretary says. 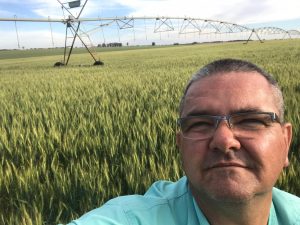 One of Uberaba producers that has believed in the wheat’s potential is João Ângelo Guidi Júnior. He told ANBA that around nine years ago he used to plant 80 to 90 hectares with this culture. The seeds used then were not adapted to Cerrado. Now, the area comprises 450 hectares and uses the new cultivars. The production grew in area and productivity as new varieties for Cerrado emerged, he says.

For Guidi, wheat is a winter crop option after soy’s harvest. “It covers the soil for no-till farming,” he says. Soy is planted in October and harvested in April. Within these months, the ground receives the wheat. He says that growing the product is profitable. Guidi produces both dryland and irrigated wheat.

One of the challenges for the wheat production expansion in Cerrado is blast, a disease that affects the plant is can decimate whole harvests. There are still no seeds totally resistant to the disease. Embrapa is working on developing varieties and expects to launch them into the market within two to three years. “If we solve the blast problem, we could become one of the world’s largest wheat producers, and have an extremely high-quality wheat,” Vieira says.

Brazil produced 5.5 million tonnes of wheat last year and consumed 12.4 million tonnes, as per data made public by CONAB. Almost all the wheat imported by the country comes from Argentina. Vieira believes that using blast-resistant seeds, Brazil can be self-sufficient and have a surplus to export in five to eight years.

Now, Brazil exports wheat mainly for animal feed, and not for human consumption, according to the market analyst at the Center of Advanced Studies in Applied Economy (CEPEA) at the Luiz de Queiroz College of Agriculture (ESALQ) at the University of São Paulo (USP), Isabela Rossi. Few are the wheat exports for flour, she says. In June, Brazil exported wheat to countries such as Liberia, Panama, Marshall Islands, Portugal, and Antigua and Barbuda. No wheat was sold to make flour, just for feed. 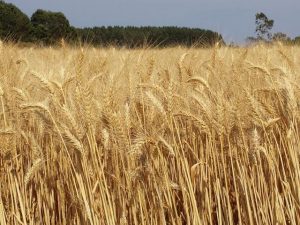 The varieties introduced in Cerrado, however, may change this scenario, since they generate a higher quality wheat, specially for baking. Crops from new producing regions were very well received by Brazilian mills. “It served the mills’ needs,” Vieira says. “It’s the enhancer wheat,” Guidi says about his production and mills’ practice to mix it into other wheats to elevate the flour final quality.

Not all world markets demand this wheat. But the head of Embrapa Trigo believes that with Cerrado producing these grains for the domestic market, it frees regions that produce other varieties to export. The Arab markets demand a wheat with a higher protein content, which is produced in South Brazil, a variety that does not cause the dough to grow, allowing to bake flat bread, Vieira says. Egypt is the world’s largest wheat consumer, while another Arab country, Algeria, is also a great consumer, Embrapa Trigo points out.

Isabela Rossi from CEPEA does not believe that Brazil will export wheat for flour to the Arab countries, due to the domestic market current supply needs, the sea transport cost, and Russian competition. But she admits that the ideal scenario for Brazilian wheat are exports, with self-sufficiency and a production surplus for that. 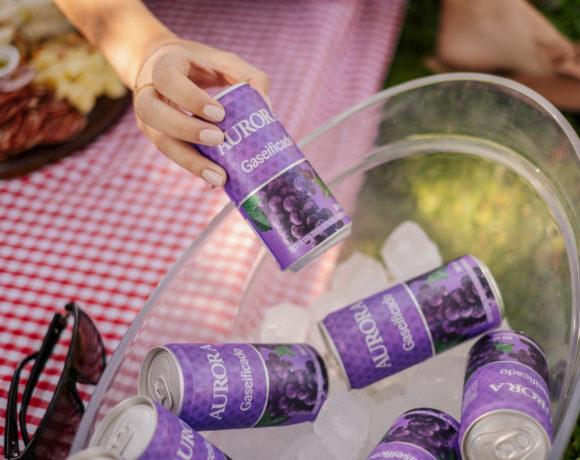 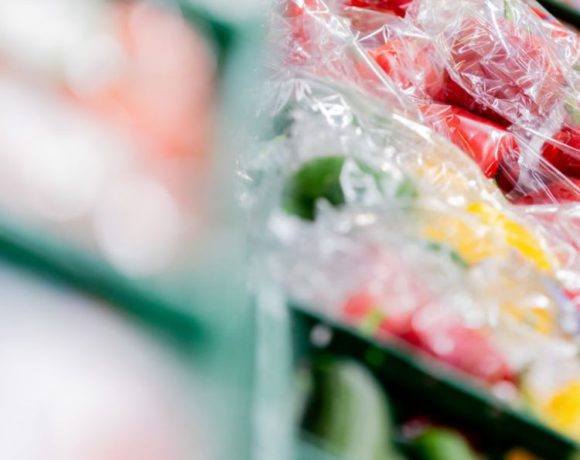 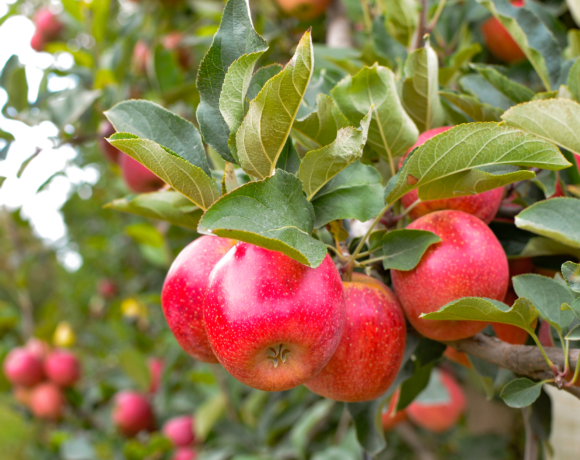 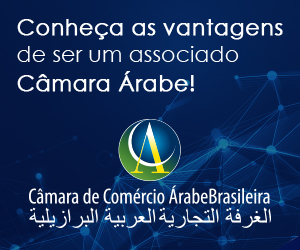