From North to South, regions certifying origin of products

Four Brazilian products earned geographic indications this year. The membership comes with a label that certifies the production, adding value and generating independence. 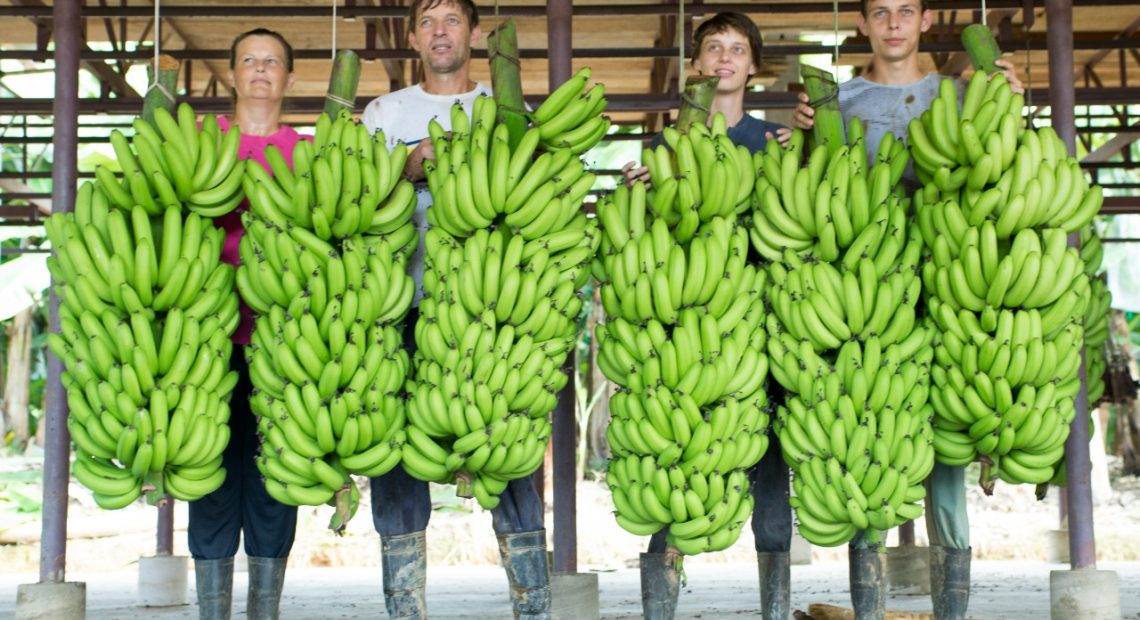 São Paulo – In four places of the country, new products joined the 2019 Map of Geographic Indications in Brazil. The document is made by the Brazilian Institute of Geography and Statistics (IBGE) and the National Institute of Intellectual Property (INPI) and features 62 certified regions until May 2019. The last productions to be recognized were banana from Corupá, Santa Catarina, cacao from Tomé-Açu, Pará, jabuticaba derivatives from Sabará, Minas Gerais, and green coffee from West Bahia.

“In Europe, GI means protection. For us in Brazil, it represents added value and independence. When you go to the communities, whether they are composed of artisans or farmers, the added value doesn’t fall in the hands of the producers but the brokers’. Our challenge is introducing ourselves directly to the consumer market. We specialize so that we can walk on our own,” Corupá Association of Banana Producers (Asbanco) executive director Eliane Cristina Muller pointed out.

The Geographical Indication (GI) acts as a certifier sign and is divided in two categories in Brazil: Indication of Origin (IP) and Appellation of Origin (DO). The IP recognizes a place for its production, manufacture or extraction of certain product or service, while DO identifies the product or service affected by climate or environment factors in such a way that they cannot be reproduced elsewhere.

If European regions like Champagne, where the legitimate champagne sparkling wines are produced, are already recognized, in Brazil the origin of products has just recently become the topic of discussion. The Normative Instruction that regulates geographical indications, for example, is from 2013. 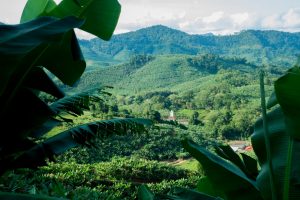 Asbanco manages the only new region to get the Appellation of Origin. The banana from Corupá (SC) earned the sign in August 2018, after 14 years working for that. The banana grown there is known as Brazil’s sweetest one. To earn this reputation, climate aspects played in favor of the producers. Low temperatures – which give the skins a pale-yellow tone, making them less appealing for the consumer – are also part of a slower process development that heightens sweetness.

“We had always struggled with low prices. In 2006, we met a researcher that said that we were pitching the banana the wrong way. We had the sweetest one! The winter slowdowns the plant’s metabolism. The hand takes three to four months to get full. The longer it remains at the plant, the higher its starch concentration and therefore the higher its conversion into natural sugars,” Muller explained.

The association brings together 980 farmer families. And the producers have seen the local chain growth already. “It’s a super product. We can make this fruit into biomass, banana chips, banana with chocolate, banana ketchup, we’ve developed an agribusiness. The DO project is not just about financial gain for us. It makes the community proud, so they can creatively develop more products alluding the fruit,” she points out referring to creations such as those of the artisans that make everything from pillows to bio-jewelry with the banana tree fiber.

She believes the GI process develops the whole territory. “Being a producer in Brazil’s sweetest banana producer region is a source of pride,” Muller finishes.

Motivation was also what the small jabuticaba derivatives producers gained in Sabará (MG). Out of their 50 products, the Indication of Origin sign was given to the five top-selling ones: sauces, jellies, jams (sweet with skin), jabuticaba liquor, and candied peels. 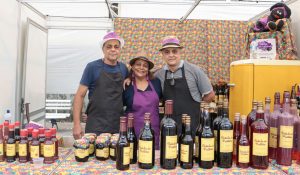 The Association of Producers of Jabuticaba Derivatives of Sabará (Asprodejas) is 11 years old and took a year gathering documents to get the IP. “Sabará is known as the city of jabuticaba, which is native from the Atlantic Forest. It’s a Brazilian plant and, out of the 47 types of jaboticaba, there’s a species with our name. Sabará has one of the sweetest fruits,” Aspodrejas president Meire Ribeiro explained.

The dossier gathered by them brings details on the importance of the fruit for the local economy. For 33 years, the city has lived on derivatives and even holds a Jabuticaba Festival. The association includes 27 producers, 99% of which are women. “We believe that getting the label adds a great value, not just in prices but credibility. The prices don’t necessarily rise but the sales do,” Ribeiro ponders.

Aspodrejas only produces an average of 60 tonnes of the fruit per year. The idea is that the IP be used not just by its members. “We’re starting to regularize small producers. We don’t export yet. We believe this label will open many doors. The European market highly values products with it,” Ribeiro finished.

And the first geographical indication in Pará was for cacao. Last January, an IP was approved for Tomé-Açu’s cacao. “It took around seven years of strugle, twists and forths, repairs, amendments, removals, researches, declarations, basis, so that we achieved this, which involved partners from several organizations in our municipality,” Tomé-Açu Agriculture Promotion and Culture Association president Silvio Kazuhiro Shibata said. 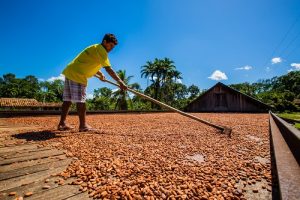 The cacao cultivation was already in place when the Japanese arrived at the municipality of Tomé-Açu 90 years ago. The immigrants started cropping but struggled to adapt to the culture. Twenty years later, after turning to crops such as black pepper, the local community turned back to cacao cultivation, now supported by specialists and new planting techniques.

More than that, they mirrored traditional local communities. “The Issei (first Japanese immigrants) studied their Ribeirinho neighbors and realized that they could produce many fruits over a small area and make a living of that. Then they started encouraging the cultivation of several fruit species and forest essences such as cacao, açai, yellow mombin, bacaba, andiroba,” Shibata pointed out mentioning the guidance by Japanese researcher Masaki Yamada on intercropping, which gave rise to the Agroforestry Systems of Tomé-Açu.

Now, the municipality plants several crops from pepper to cacao and even fruits, as well as producing juices and seeds, in addition to cupuaçu and cacao butter. The work came to the attention of Meiji Holdings, a chocolate company from Japan, which started buying cacao and supporting researches by organizations such as Brazilian Agricultural Research Association (Embrapa). “This partnership drove us to get our IG so that we can foster a high-quality cacao production, increase our gain on almonds and assure our client that it’s a higher-quality product,” said Shibata. The association now works on guides to good cacao production practices to share the knowledge with local producers.

The experience also promises good results in the Northeast Region, where an IP was granted to the green coffee of Western Bahia. “We’re starting our geographical indication. We’re excited. There’s the economic part but it’s also a way to create a more sustainable relation to others. We expect a good relationship with the entire chain,” Western Bahia Association of Coffee Farmers. (Abacafé) José de Oliveira do Espírito Santo pondered.

Abacafé is in Luís Eduardo Magalhães (BA). Its 20 members produce an Arabica species and have an average of 500 hectares each, which is considered a large area for the culture.

And what makes this coffee different? “It’s related to our region, which grants some traits to the drink. We hired a team of testers that assisted us in the technical report to get the IP,” the president pointed out about traits such as a slight sweetness, a pleasantly fruity flavor, an extended residual flavor and a good-density floral aroma.

Having tried to obtain the IP for six years, the association now celebrates the confirmation that it received the label last September. “This will help our market liquidity. It helps on sales, add some value. Customers don’t want whatever coffee anymore. They want to know the context, if it’s legal and follows labor laws. To receive the label, the farmer must go through an inspection by the association,” explained Oliveira.

On added value, Oliveira believes that the label will yield BRL 10-15 (USD 3-4) per coffee bag. “That means around BRL 700 (USD 175) per hectare. And the consumer prefers to buy a labeled coffee, we have a preference on sales. And we negotiate that,” said the president.

Besides coming out ahead when negotiating, Oliveira believes that the structure that comes with the label raises the technologic, administrative and economic level. “We’ve been at this for six years. And we see that the work relations are better, the level of education is higher. The use of pesticides is more closely monitored. Many things improve. The number of animals in the farm increase. Everything is affected,” believes the president of the association, which already exports to countries like Germany, United States, Japan, and Saudi Arabia. 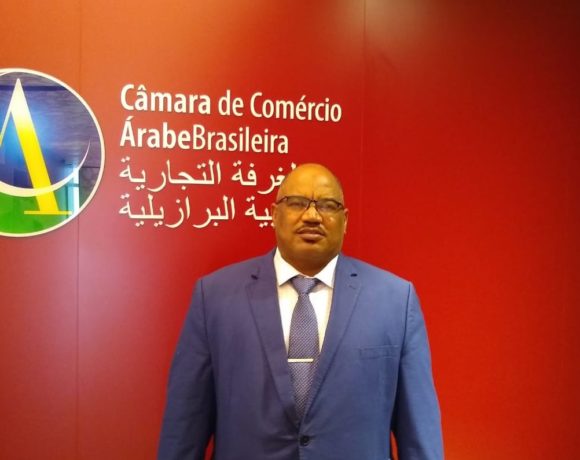 Sudan’s doors are open for Brazilians 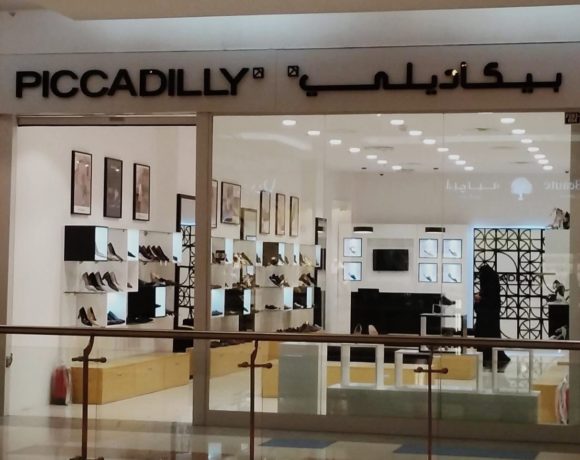 Piccadilly has 14 stores in Kuwait, 3 in Saudi Arabia