‘We want much more,’ says Temer on trade with Arabs

Brazil’s president Michel Temer was welcomed for a dinner event held on Friday (9) by the Arab Chamber, in partnership with Fambras. He emphasized the Arab world’s role as an ‘exceptional’ partner for the development of Brazil. 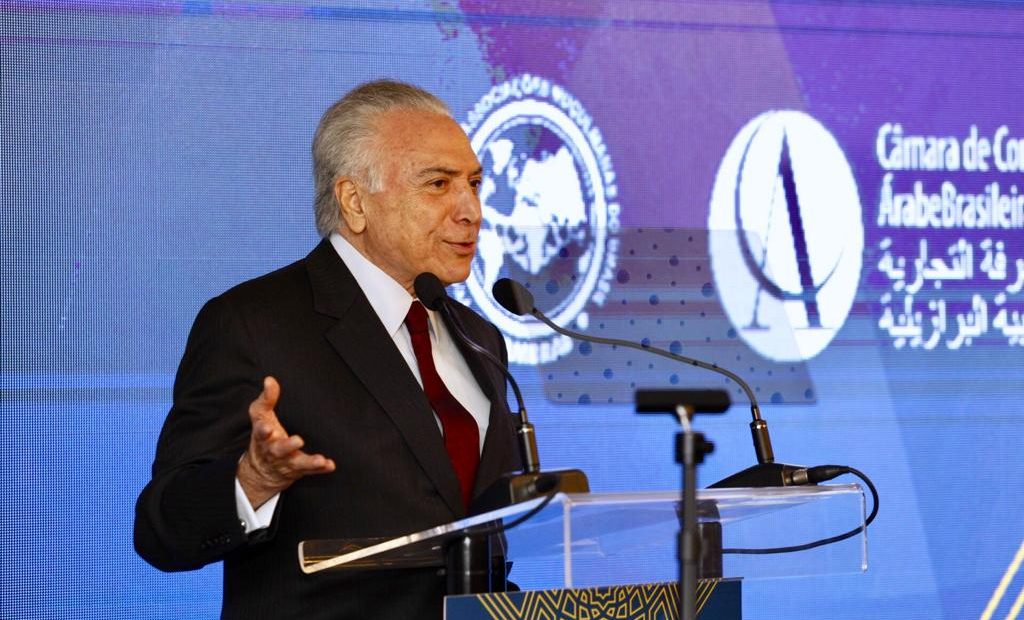 São Paulo – While addressing Arab community members in São Paulo, Brazil on Friday evening (9), president Michel Temer spoke of the human bonds that tie Brazil and the Arab countries together, and of his wish that interregional relations will see even further growth. Temer was welcomed for a dinner event offered by the Arab Brazilian Chamber of Commerce in partnership with the Federation of Muslim Associations in Brazil (Fambras) at the Syrian Sports Club in São Paulo.

“Arab presence in Brazil is part of our daily lives, in the arts, in literature, economics, medicine, architecture and politics. This deeply human connection is the foundation to our fluid dialogue with all Arab countries, and truly the foundation to an intense, fruitful economic exchange,” Temer told those in attendance. 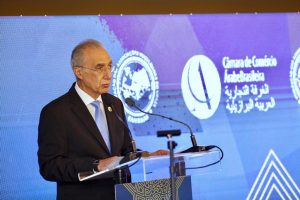 He mentioned Brazilian-Arab trade figures, including a 20% hike in two-way trade in 2017 from 2016 to USD 20 billion. “Although we are doing a lot now, we want to do much more,” he said, citing a willingness to enhance trade agreements and investment flows with Arab countries. “What I want, and what we all want, is for the Arab world to continue being the exceptional partner it has been in our development, especially at this moment where Brazil’s economy is rebounding,” he said.

Arab Chamber president Rubens Hannun recalled Temer’s background as a son of Lebanese immigrants, his political accomplishments and his work on Brazilian-Arab trade. According to Hannun, exports to Arab countries from Brazil saw 12% growth from 2015 to 2017. “These results cannot be credited to an improving economic environment alone. The fact also needs considering that president Temer understands, and greatly so, the importance of the Arab world to Brazil,” he said. 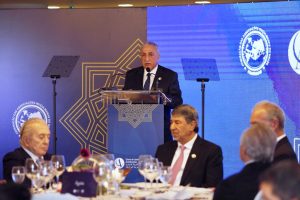 Palestine ambassador to Brazil and dean of the Council of Arab Ambassadors in Brazil, Ibrahim Alzeben lauded the work done by the Temer administration on the international front and the role played by Brazil as a key moderator for peace. “You have instructed your government staff, especially the colleagues in the Ministry of Foreign Affairs, to build closer ties with the Arab world and champion its causes in international forums,” said Alzeben.

Also speaking over dinner was Fambras president Mohamed Hussein El Zoghbi, who relayed memories of Temer’s Lebanese roots to the diners. He told them of Temer’s trip to Lebanon while still the vice president, and pointed out some of his qualities as a leader. “He has been present in the great national historic moments, in a strategic, intelligent way, always respecting democracy, fighting authoritarianism and any action that might fail to protect the freedom of each Brazilian,” said Zoghbi.

The dinner event was also attended by political authorities and diplomats from Brazil and Arab countries and by Arab Chamber C-suite executives. President Michel Temer said he felt like he was among family. Presents were exchanged.