The chamber’s stand will have food and personal care exhibitors from Lebanon, Tunisia, the UAE, Egypt and Jordan. The show starts on Monday in São Paulo. 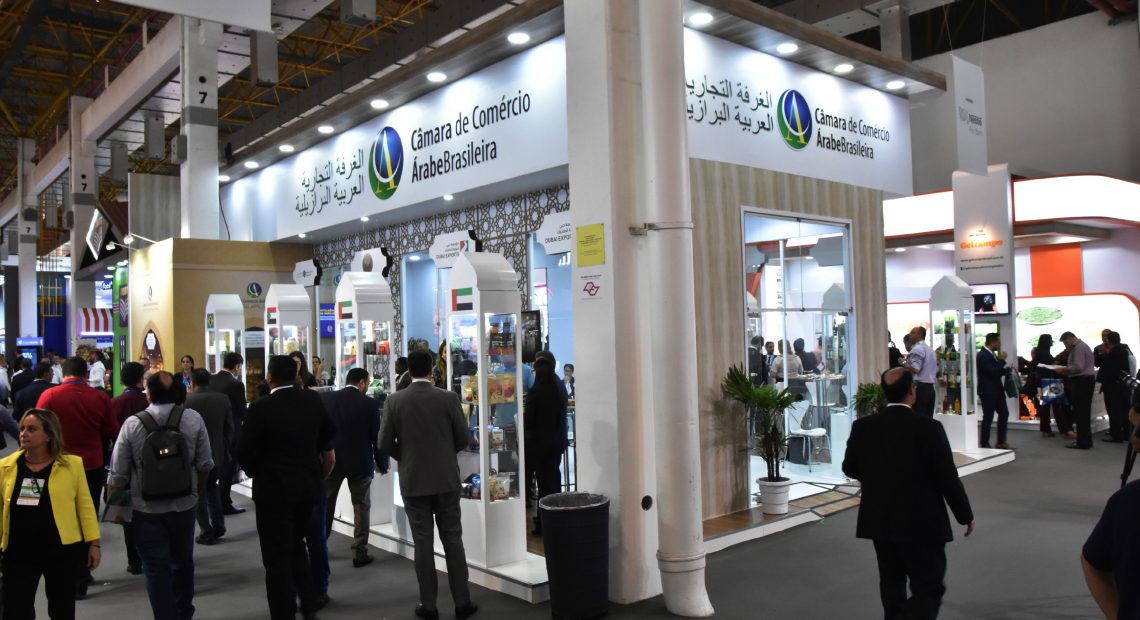 Two companies from Lebanon will participate: Msallem, will olive oil, olives, pickles, and pepper paste; and Cortas Food, which brings beans, fruit and rose syrups, sesame seed, olive and other oils, and pickles.

Olive and other oils, olives, and canned tuna are the products the Egyptian company Wadi El Nile will show to the Brazilian market for its second consecutive year in the event. Partnered with the Egyptian brand, the logistic company focused in imports and exports O Primo, which is an Arab Brazilian Chamber member, will also participate.

The trade promotion agency Dubai Exports participates for the fourth year in a row in the Arab Brazilian Chamber’s space with products from four UAE companies: dates and date honey from Al Barakah; date-based healthy candies from Munch Box; and Arab sweets from Al Douri and Al Sultan Sweets.

Households & Toiletries Mfg Co., part of the Sukhtian group from Jordan, will exhibit suntan lotions, repellents, and personal care products. This will be the first time the Arab Brazilian Chamber will exhibit products other than food in APAS Show.

Tunisia will be represented by the Embassy of Tunisia in Brasilia, with products such as olive oils from Huilerie Loued, jams and pepper sauce from Jardins de Carthage, a brand of the Sun Antipasti group, and the trading company Bra International Group.

The Arab Brazilian Chamber’s stand will feature a meeting room, coffee, and Arab snacks such as kibbehs and esfihas, as well as an unprecedent virtual reality experience in the Arab world for visitors.

“It is important that we consistently bring the Arab countries to come and show their products. This means they want this partnership with Brazil too. In addition, we see that the product variety has increased, which helps our goals to diversify supply and seek an even trade balance between Brazil and the Arab countries. The more even, the healthier that relationship is,” says the Arab Brazilian Chamber president Rubens Hannun.

He added that the Arab Brazilian Chamber gives support not only at the stand in the fair but also in the meetings, tastings, and relations with the press over the event. “It is not enough to exhibit the products because there is a great competition in the domestic market, so we have to show the distinguishing features of each brand and product and highlight its country of origin,” he said.

For him, APAS Show is important also because the Arab products may be seen not only by buyers from Brazil but from all over Latin America. “And this reinforces the first activities of the Federation of South American Arab Chambers,” completed Hannun.

This will be the 35th APAS Show and the fifth year in a row that the Arab Brazilian Chamber participates with its own stand. In 2018 (pictured), the show brought together over 70,000 people and over 700 exhibitors, 200 of which were foreigners from 19 countries, and almost 700 international visitors from 53 countries. For more information, visit the event’s website.