Arab Brazilian Chamber representatives are attending the event in Berlin. Brazil is a major food supplier for the Middle East and North Africa countries. 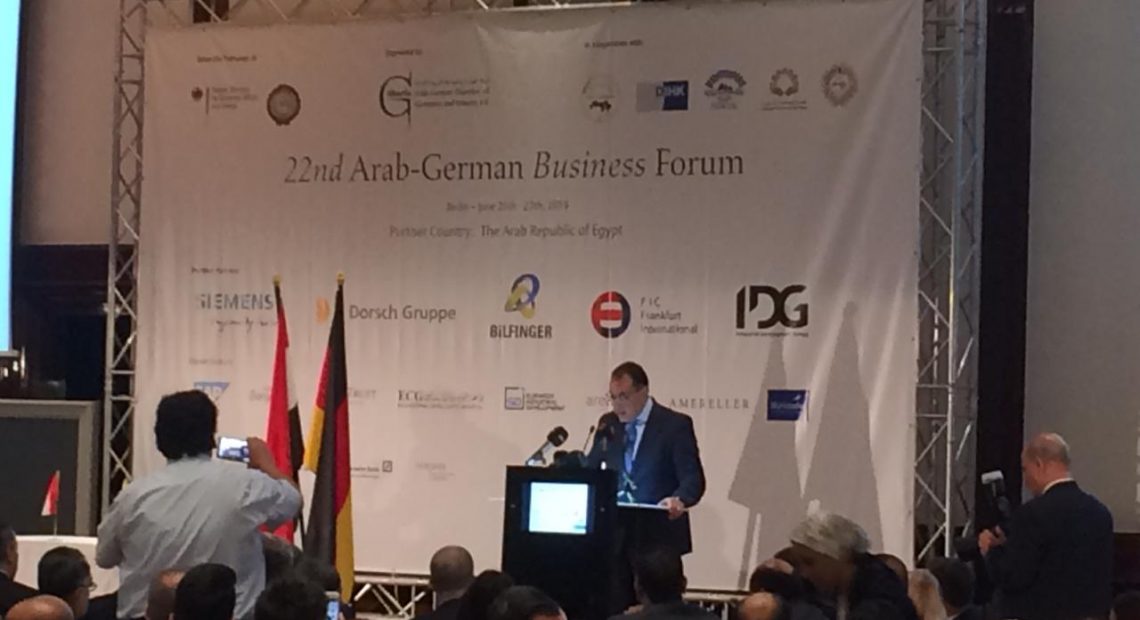 São Paulo – Investment and food security were some of the themes addressed at the 22nd Arab-German Business Forum this Wednesday (26) in Berlin. The panels run until Thursday at the Hotel Ritz-Carlton in the event held by the Arab-German Chamber of Commerce and Industry.

Arab Brazilian Chamber of Commerce International Relations vice-president and ambassador Osmar Chohfi and Institutional Relations manager Fernanda Baltazar are attending the event. On the first day of debates, Germans and Arabs addressed investment. “Many said that the investment partnership must be linked to technical, education and local training cooperation, not only to market and trade issues. The Germans said they are focused on this when they partner up with Arab countries,” Baltazar told ANBA over the phone.

Leaders participating at the opening included the prime minister of Egypt, Mostafa Madbouly (pictured above), the partner country for this year’s edition; and Egypt’s International Cooperation minister Sahar Nasr. The minister talked about the growing investment partnership with Germany and new opportunities in the Arab country in infrastructure and energy sectors. “Egypt is now self-sufficient and is already capable of exporting energy. They are also very proud to have the largest space in the region for solar energy. This is very tuned with the German market,” Baltazar pointed out.

The panel “Food security, nutrition, and food industry” addressed the impact of water shortage. This problem makes it necessary to determine strategic products before implementing a local production in countries such as Saudi Arabia. “The forum is very interesting because the themes addressed here are important for the Arab Brazilian Chamber. Particularly food security, which is relevant to the role Brazil plays as a meat and grain exporter to the Arab countries. We had many chances to talk extensively about the problems involved in food security and food production, and we found it quite fruitful,” Chohfi said. 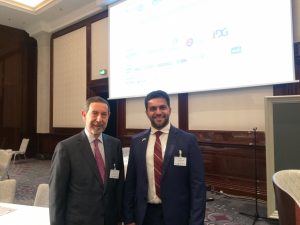 Out of the delegations, the Egyptian was one of the largest. Representatives from the United Arab Emirates, Jordan and Saudi Arabia were also there. Chohfi took the opportunity to network with leaders of the Federation of UAE Chambers, the Union of Arab Chambers and the Federation of Egyptian Chambers. “It was important to establish these contacts with different countries, in addition to [contacts with] binational chambers such as the Arab-Greek and the Arab-Austrian ones. I was also able to announce that we will hold the Brazil-Arab Country Forum [in São Paulo] in 2020, and some of the representatives said they want to be there,” the ambassador said.

On Thursday, the themes discussed will include challenges and opportunities of urban planning, investment, logistics and infrastructure. The latter will focus on Egypt and Suez Canal. “Egypt is in a very interesting moment of international relocation and is taking advantage of it. And this fits well with Brazil, considering Mercosur-Egypt [free trade] agreement and the synergy between both countries,” Baltazar said.