Brazil transport company to get USD 500 mn from UAE fund

At the end of his mission to the UAE, Doria announced the investment from UAE funds to São Paulo-based companies expected for the next 18 months that resulted from the trip. Viação Itapemirim closed an investment of USD 500 million. 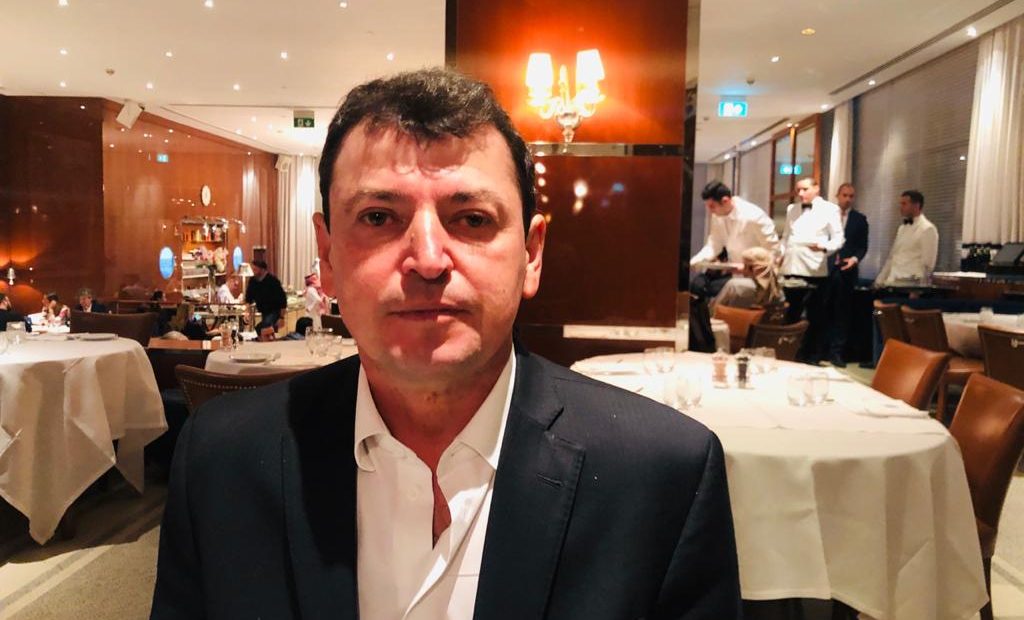 Dubai – The government of the state of São Paulo has announced that the corporate mission to the United Arab Emirates could yield USD 3.2 billion to São Paulo-based companies over the next eighteen months. Viação Itapemirim alone announced an investment of USD 500 million from one UAE sovereign fund. The company’s president Sidnei Piva (pictured above) chose not to report which fund, if Abu Dhabi Investment Authority (ADIA) or Mubadala Investment Company. He closed the deal this Wednesday (12). 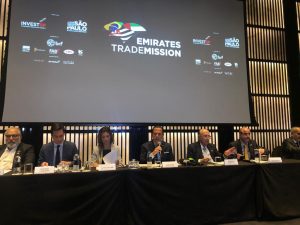 In an interview with ANBA during the mission’s closing dinner, Piva said that his intention for the trip was seeking out investment to reshape Itapemirim’s fleet and bring back investment to the group’s airline, Ita, which expects to receive its first commercial passenger aircraft in 2022 and operate in the Brazilian market.

The idea is that the investment brings an influx of passengers from Brazil to the UAE in return. “Our plan is working with all Brazil, especially its regional airports, where we’ll form a large contingent, the largest number of people we can to take to the capital cities in order to allow more people to come not only to the UAE but also go to Europe, North America – in short, establish a Brazil-UAE hub.”

Piva said that the investment fund is interested in the transport company for its logistics network. “We operate in 22 states and have all the logistics necessary not only for a good costumers service but to take air transport to people too. We expect that the return for the fund will reach USD 1.5 billion within five years. It’s a great deal of money for a such small length of time,” he finished.

Piva’s company also plans on participate in concession auctions of regional airports in the state of São Paulo. “Our goal is acquiring a couple of the lots that the government of São Paulo has just launched (it’ll be 21 regional airports divided in two lots). We plan on working on and prospecting business with the two lots with our international partners, such as the UAE investor, which are offering their financial power to help us,” he said.

Piva said that he’s happy with the results of the São Paulo government’s corporate mission to the UAE. “I’m glad not just because of the investment but for having been recognized by the fund’s executives, as they know a company that was born 65 years ago, which means you travel half world and is respected. I see a future, and I will support every mission – the government must put the businessman face to face with the investors, the new markets. The work that Wilson Mello has done in InvestSP is amazing. I believe this all adds up,” he finished.

Founded by Camilo Cola, Itapemirim was bought by Piva three years ago. The businessman is also chairman at TTrans, a rail transport company, and works in companies in other industries, such as Hewitt Equipamentos, Cruzaço, and Bom Sinal.

This Wednesday (12), governor João Doria ended the ninth and largest corporate mission of the state of São Paulo to a foreign market. The estimate is that the Arab inputs in the privatization plan in São Paulo reach BRL 30 billion (USD 7 billion) by the end of 2022.

“It’s worthy emphasizing the USD 3.2 billion private-to-private investment over the next 18 months that will be put especially in the exports of Brazilian products and services from São Paulo to the Middle East, North Africa, and Asia through Dubai-based trading companies,” the governor said in a press conference. 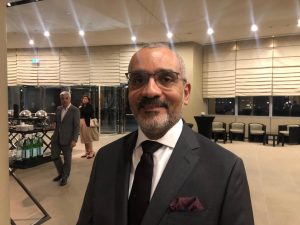 Brazil’s ambassador to Abu Dhabi, Fernando Igreja, talked to ANBA about the results of the state’s government mission. “It was a very important mission. The governor [João Doria]’s visit is a follow-up to all the efforts to bring both countries closer that were made last year and culminated in the president [Jair Bolsonaro]’s visit and the signing of a series of agreements that boost the relations with the federal government,” he said.

The ambassador described São Paulo’s mission as a follow-up on the federal actions. “This very significant visit of the governor with a corporate mission is a follow-up on that, showing that this partnership came to stay. Brazil is willing to maintain and further strength these relations. The opening of InvestSP office backs that up, as Apex-Brazil office, the Arab-Brazilian Chamber of Commerce office, and all the work that has been carried out together. For Brazil’s embassy here it was huge success. I hope that more missions will come from other states,” he said. Apex-Brasil is the Brazilian Trade and Investment Promotion Agency.