Cosmetics from multiple Brazilian brands have been available in the Arab country for about ten years now. The items are carried by pharmacies, beauty parlors and specialized shops. 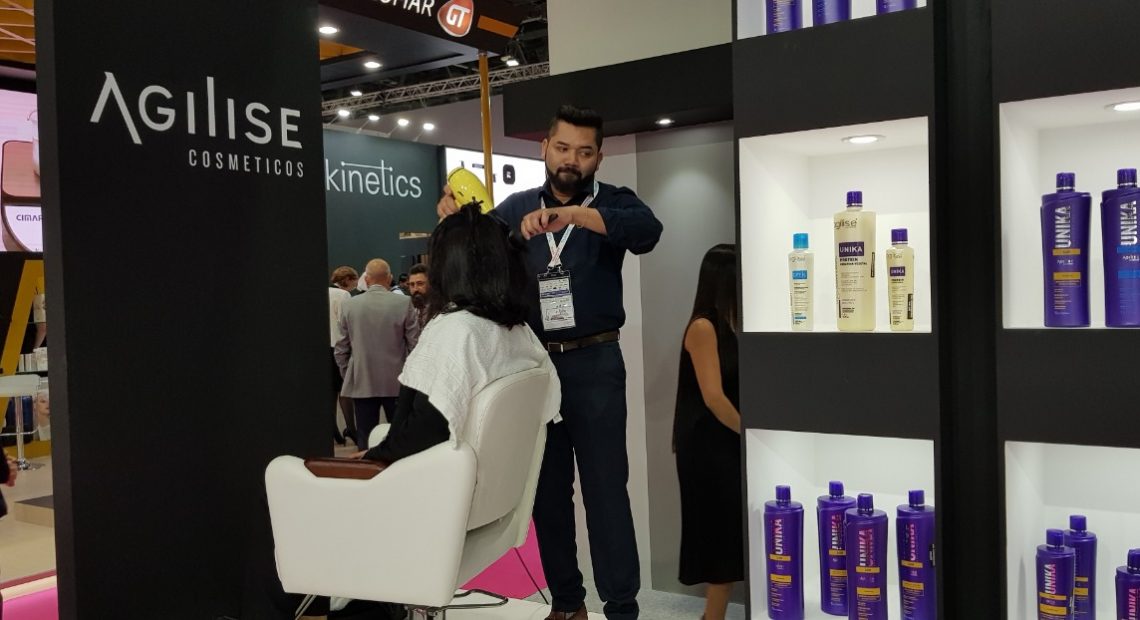 São Paulo – Iraq has proved to be a promising market for several Brazilian cosmetics manufacturers. While the Arab country is not known in Brazil for consuming beauty products, Brazilian-made hair straightening items are go-to products in Iraq. So ANBA was told by three industry players whose products are popular among Iraqi consumers.

For some ten years now, Private Cosméticos, Brazil Cosmetics and Agilise Cosméticos have been shipping shampoo, conditioner and straightening products to Iraq and other Arab countries. One of the aspects that made these products popular in Iraq was the fact that they’re formaldehyde-free. This makes them more natural and less aggressive, and this is exactly what Iraqi shoppers are after.

Upper-middle class women are the main demographic for Brazilian cosmetics in Iraq, according to the exporting companies. Most Iraqi women get their hair done at beauty parlors, so this is a great market for Brazilian brands to tap into. Other women get their products from the pharmacy to get their straightened at home.

To sell in Iraq, products must include information in English and Arabic, at least on the back label. Labelling in multiple languages was a plus on entering Arab markets, the companies told ANBA.

The pandemic caused sales to Iraq to slow down, since shipping by air was unavailable and shipping by sea was delayed. ANBA spoke with representatives from the three companies mentioned earlier. They told us more about the market and its peculiarities. Keep reading for more on each of them.

Private Cosméticos CEO Márcio Antônio Espíndola said he exports a product line intended for use at home, featuring shampoos, conditioners and straighteners. The products are salt- and paraben-free – market requirement, according to him. “Our straighteners are formaldehyde-free. We have years of experience with it, and we have revolutionized the market,” he said. The company’s products have been selling in Iraq since 2012. Private Cosméticos exports 90% of its output. 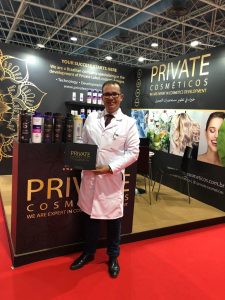 Márcio Antônio Espíndola at the Beautyworld Middle East, in Dubai

Espíndola explains that even though this is a constantly growing market, adaptations were required, such as labelling products in English and Arabic. “The market calls for something more glamorous, with competitive pricing and a more high-end packaging,” he said.

Private Cosméticos sells to distributors who get the product to the pharmacies, specialized shops and beauty parlors in Iraq. The flagship product is the Vegan Lizz straightener. “It’s important to respect the Arab culture and religion. They are really big on personal relationships. They really take that into consideration when it comes to doing business,” said Espíndola, who plans to specialize in the Arab market. “It’s the market that buys the most product. The main countries are Saudi Arabia, the UAE, Qatar, Jordan, Libya and Iraq,” he said.

According to the CEO, the Iraqi women using his products are in the upper-middle class. “Brazil is synonymous with hair products worldwide, just as France is with perfume,” he argued.

Espíndola points out that cosmetics and beauty product fairs like Dubai’s Beautyworld Middle East are important, sales- and client relationship-wise. “I have been to 48 fairs around the world. We went to 30 different fairs in a single year at one point,” he said.

It has been three months since he last shipped product to Iraq, because events got cancelled as the pandemic hit. “Sales had been going up, but we had to stop due to the pandemic. Everyone is having problems with product delivery. We spent three months without exporting anything. The whole system became very sluggish. There was no reason for them to keep buying, because the salons are all closed. Possibly the borders will reopen in August and orders will start going up, because their inventories should be depleted by now, and the stores are reopening,” he explained. Some of the product shipped by sea goes straight to Iraq. The product that gets flown in goes to Dubai, from where it gets redistributed.

Brazil Cosmetics CEO Paulo Amorim said his main export product to the world, including Iraq, is straighteners. Last March, he’d told ANBA that he’d open an office in Dubai by June, to make it easier to do business across the region. The pandemic has changed that. “We are going to wait until the pandemic has passed. Many investors are wary, so it’s best to wait and stay on the safe side,” he said. Brazil Cosmetics products get sold via a Dubai distributor to countries including Iraq, Iran and India. “The only problem with Iraq is we don’t have a way to do business direct, so they will buy from our exclusive distributor in Dubai, from where the product gets shipped by air or sea,” he explained. 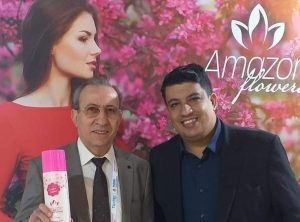 Paulo Amorim (R) and his sales rep in Iraq

Amorim relates that the first quarter of this year saw sales to Iraq go up. The pandemic forced him to shut down for a while, and now sales are resuming. “It has stabilized, but it’s not yet where we wanted it to be,” he said.

His products are also available from beauty parlors, cosmetics outlets and pharmacies. He points out that there are two different consumer profiles in Iraq. “In Baghdad, women are already getting their straightener from stores and doing it on their own. Usually you have one woman who will do it for everyone in the family,” says Amorim. In Basra, on the other hand, the product sells to professionals and beauty parlors.

Brazil Cosmetics has been shipping to Iraq for six years now. Its best-sellers are Amazon Flowers straightener, shampoos, conditioners, and the Ipanema Bio Restore line. “We have also struck two private label deals with them as well,” he said. Amorim remarks that the clientele is also upper-middle class, and that back labels including instructions and ingredients are available in eight different languages, including English and Arabic.

Agilise Cosméticos operations manager Caio Lopes said that his company’s flagship product in Iraq is also hair straightener. “Brazilian cosmetics are famed around the world, and so is our straightener, because we have all kinds of hairs in Brazil. This is a product that will work anywhere in the world,” he said. Pictured above is the international technician Robson Ribeiro at the Beautyworld Middle East show in Dubai.

Agilise products are designed for hair stylists, and are carried by beauty parlors and professional perfume shops. The items are not available from pharmacies. Lopes claims that his products are used by people in almost every income range in Iraq. Labelling is available in English and Portuguese, with back labels in English and Arabic.

“From November 2018 to November 2019, we shipped about 15 tons of product. From November 2019 until now, we shipped 32 tons – almost double the amount,” he said. His product kept selling even amid the pandemic. “Here in Brazil we took a while before shutting down, so by the time Brazil did it, other countries were already reopening,” he explained. 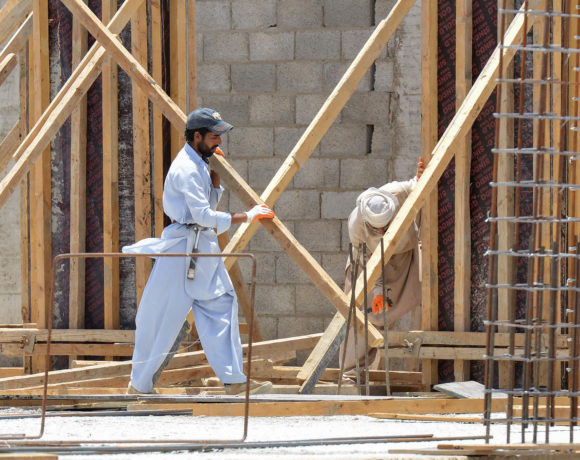 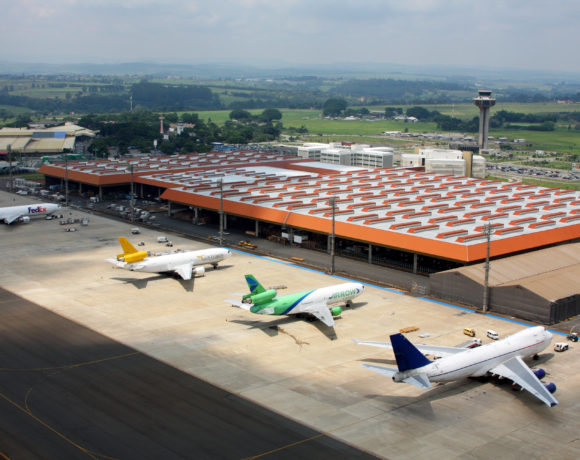 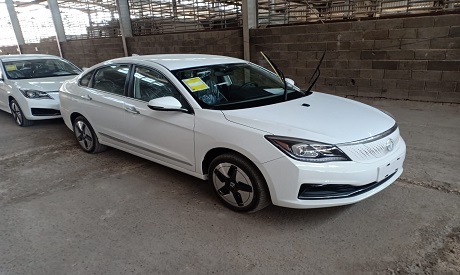