The Arab Brazilian Chamber of Commerce (ABCC) had an online meeting with Brazilian associations and organizations that have partnered up with a committee established to help keep Arab countries supplied throughout the pandemic. Upcoming steps were discussed. 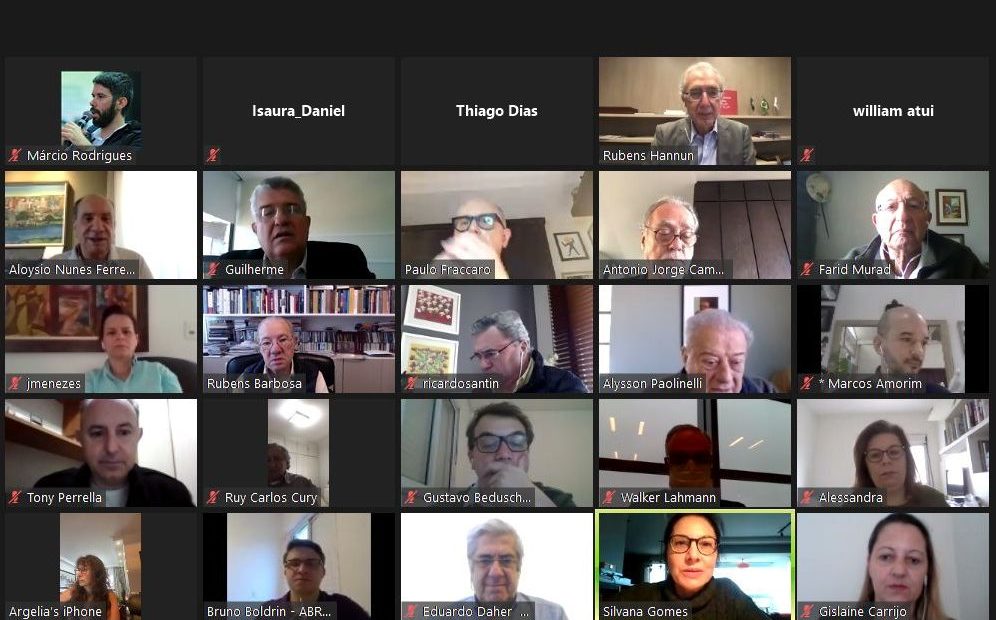 São Paulo – The committee created by the Arab Brazilian Chamber of Commerce (ABCC) to work on supplying Arab markets throughout the Covid-19 pandemic is addressing demands from 26 different Arab organizations. This Thursday (30), an online meeting was held with delegates from Brazilian industry-specific organizations and committee partners to discuss the next moves.

Out of concern over supplying food to Arab countries, whose weather is not farming-friendly, the ABCC created a committee to relay requests from Arab government entities to Brazilian enterprises capable of addressing them. Associations in Brazil have assigned staff to work on this in partnership with the committee.

Earlier requests revolved mostly around food products. Now, other Brazilian-made products are being sought after, including higher value-added ones. Rafael Solimeo, the head of the ABCC’s International Office in Dubai, UAE said during the meeting that in early June, five entities had been working in tandem with the committee to make sure markets were supplied. Now, there are 26 such partner organizations involved.

Requests for prospective suppliers in Brazil come in from crisis committees, businesses and government entities in the Arab countries. According to Solimeo, the committee put in place by the ABCC has led to faster responses, increased affordability and seriousness in doing business for the parties involved.

Solimeo said that unlike early on, when both the market and the Arab organizations were euphoric and hasty to meet local needs, things have levelled out now. “Demands have grown more stable, but they’re here to stay,” he said, after committees and companies established to address the crisis said they will keep working once the pandemic is over.

ABCC commercial manager Daniella Leite called on the associations’ delegates in the online meeting to suggest the next steps for the committee, and she put them together in a draft action plan. Actions should include categorizing these associations, hosting events to relay information, hosting webinars about the Arab markets, and having online B2B events.

The meeting was opened by ABCC president Rubens Hannun, who revealed that the initiative has been dubbed “Committee for Fostering Brazilian-Arab Business.” He discussed the work of the ABCC to those unfamiliar with it, and he went over the potential of the Arab market. He remarked that the Arab population is 420 million-strong, and over 50% of them are 24 or younger, which makes for a very young demographic profile.

ABCC secretary-general Tamer Mansour disclosed 2020 Brazilian-Arab trade figures, which showed that exports and imports have slowed. He said this is due to the worldwide economic slowdown, to the fact that many countries have shut down, and to the problems wrought by Covid-19 on maritime shipping routes – particularly container-based shipping from Brazil.

Mansour noted that commodities make up the bulk of exports from Brazil to the Arab countries and said that Brazil could supply other kinds of goods as well. “Brazil is perfectly able to sell value-added products, since Brazilian-Arab relations are already in place, there’s friendliness involved, and Arabs are familiar with Brazilian products,” he said. He celebrated the fact that Egypt has given the greenlight to poultry from Brazil in the second fortnight of this month.

Early into the meeting, a survey of Arab immigrants in Brazil commissioned by the ABCC from H2R Pesquisas Avançadas and Ibope was presented. H2R director Alessandra Frisso discussed numbers that show that 10% of association leaders and 26% of business leaders in Brazil are either Arabs or descendants thereof. These rates far exceed that of Arabs in Brazil as a whole, which is 6%.