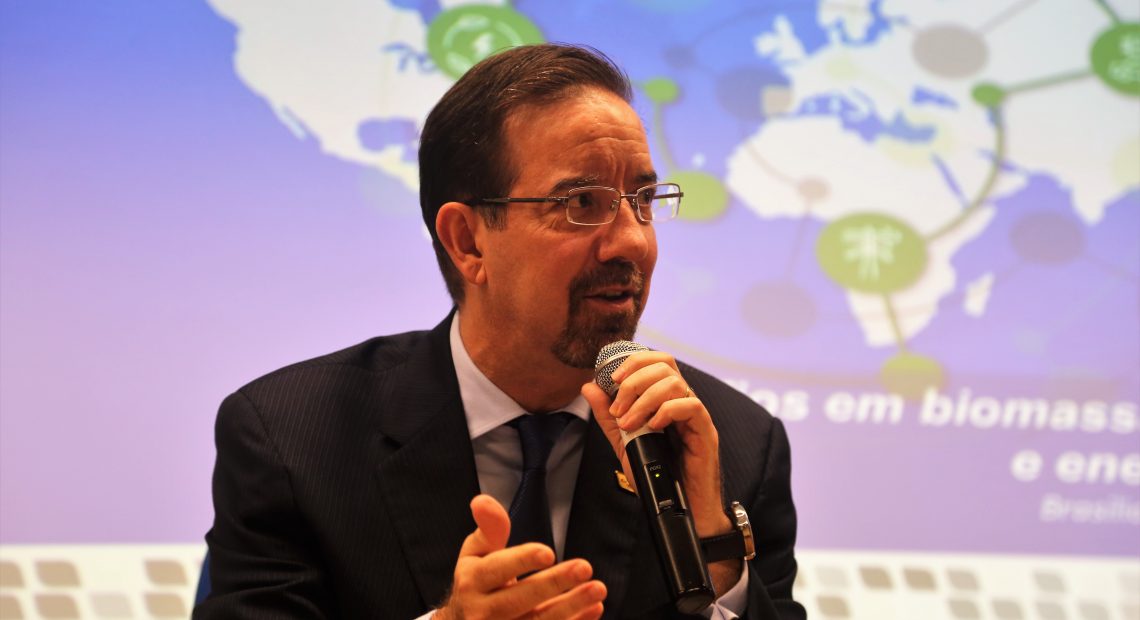 São Paulo – The internationalization plans of the Brazilian Agricultural Research Corporation (Embrapa) are a priority for its president Celso Moretti, especially regarding the United Arab Emirates. According to him, the approximation with the Arabs has been established since 2018 and resulted in a technical mission of Brazilian agricultural organizations to the UAE last week.

ANBA – How were the meetings last week? Have you met with the UAE minister of Food Security and Future, Mariam Almheiri?

Celso Moretti – This mission lasted four days. We visited both the private sector and agricultural government agencies. We had a series of meetings. The minister welcomed us twice. On January 19 for a first encounter and then again on the 21st.

Was there any progress for a partnership with the UAE International Center for Biosaline Agriculture (ICBA)?

We went there on the afternoon of the 19. Since last year, I’ve put our staff at Embrapa Semi-Arid in contact with them. They have an extremely low water availability in the UAE. The subsoil water is saline. After the mission, both ours and ICBA researches have been in touch and participated in more than one videoconference. The contact points were diversification and the exchange of genetic material from Brazil to them and vice versa. The matter of bioenergy and aquiculture studies, as well as the study of natural resources, soil, water and biodiversity management. And another partnership to implement an exchange of researchers. We’ve been doing this follow-up on potential cooperation.

Regarding the visits to companies, which industries could generate partnerships?

We visited companies, most of them are semi-government ones. There was a possibility to strike up partnerships in fruit and vegetables production in a protected environment. We have the expertise and they have the high-tech equipment. The company Elite Agro, for example, was quite interested in establishing a partnership with us.

How will these partnerships work?

It will be like this: Over the last five decades, Brazil has managed to develop technologies of tropical agriculture. For what is produced between the tropics, we’re the only country in the world to develop technology for a large, sustainable food production. Brazil produces enough to feed 1.4 billion people – seven times its population

And they (the UAE) are on the other end of the spectrum, importing more than 90% of the food they consume. They are very interested in a partnership with us, to help in two fronts: Establishing food security and working in partnership with the African continent. The companies Elite Agro and Agthia specifically already have lands in Africa and produce there. Since we have the technology for tropical climate, and they own lands in such regions, the idea is doing this through service contracts and taking the Brazilian private sector with us.

Let’s say that we want to produce wheat in Africa. The Brazilian private sector already sells varieties that were developed by Embrapa to the tropics, so these (Brazilian) companies can sell them there. It’s important to say that Embrapa is a public company. When we go international, our idea is trying to identify opportunities for the Brazilian private sector to take advantage of.

What are the partnership opportunities between Embrapa and the UAE?

In short, we’ve identified four large cooperation pillars with the UAE. The first one is helping them lay the foundation for a coordinated agricultural research and extension arrangement in the UAE. They have companies and public bodies, research and technical assistance institutes, producers. Take their caprine flock, for example, which is around 5 million heads. Brazil has 22 million heads. So, they have structures but are uncoordinated. One measure we are going to take is what we call institutional development support – establishing an organization of agricultural research, development and innovation. To this end, they will need to create a critical mass, training people. Just like Brazil did in the 1970s, when we had no critical mass in extensive and agriculture field and sent hundreds of researches to train abroad. That’s how Embrapa was created. We don’t mean to say they are disorganized, but we have the experience to support them in establishing this structure.

The second pillar is working on agricultural zoning. We’ve done that in Brazil, mapped out the entire territory, so that we know where we should grow apples, when we should grow apples and what are the best cultivars adapted to each region. This the work we want to support. We have the expertise for that in 44 production chains, and this will help them taking decisions in the country, what they can do to produce food in each region.

Is there space to work on zoning even with the UAE smaller territorial area?

Look, we’ve done that in Brazil in 44 production chains, from the Semi-Arid to the Amazonia, and we achieved it. So, we have to go through the same there, too.

The third pillar of this work is developing a territorial intelligence and strategy system, where we can have one database for the natural framework – how is the soil, the terrain, the water availability, the altitude and elevation of that place? – the agrarian framework – how many rural properties, and how big are they? – the agricultural framework – does  it have a bovine, caprine or ovine herd? What has been done there? – the infrastructure framework – are there roads? Are there ports and a storage structure? – and the socioeconomic framework. All this information is put into a system that allows for decision making.

And the fourth and last pillar is the joint work we intend to do with them in Africa. They produce in Africa but not necessarily with the tropical agriculture technology we have in Brazil – the Brazilian machinery and animal and plant genetics companies… They are interested in rice cultivars, and Embrapa have them. And they want a connection to machinery companies to produce rice, and Abimaq (Brazilian Machinery Builders´ Association) has it.

Therefore, it’s a partnership that takes technology developed in Brazil but takes the private sector with it to tap into the gaps they had there. In fact, the idea is that the Brazilian private sector goes with Embrapa to exploit these opportunities in the African continent. They (the Arabs) already are in Ghana, Sudan, Ethiopia and Madagascar. They are starting a work in Namibia. In each of these countries, I mentioned agricultural zoning. They didn’t know about this work and I said we could support them in the climatic agricultural zoning. It may be an opportunity.

During the mission, we had the support of the secretary of Innovation, Rural Development and Irrigation of the Ministry of Agriculture, Fernando Camargo. We were also backed by Apex-Brasil (Brazilian Trade and Investment Promotion Agency) – we contacted Apex office in the UAE, and a staff member from Brasília came with us. In October, Expo 2020 starts [in Dubai] and Embrapa will be there.

How will be this Embrapa participation in Expo 2020?

Brazil will be in the Sustainability Pavilion. The idea is contributing with materials on the sustainability of Brazilian agriculture. We still have to talk with Apex to determine how this participation is going to happen.

What’s the latest on the idea of opening an office in the UAE? Is there a chance of opening offices in the African continent as well?

As for Africa, our idea at first is working in partnership with Apex and African institutions. We are not planning on establishing an office there.

In the UAE, I expressed our intention of having an office there. They immediately said: “When will you start?” We need to carry out an internal recruitment process and discuss its bases. We understand this is hugely important. The minister [of Agriculture, Tereza Cristina] is in India right now and we talked briefly on the phone. I still want to discuss this issue with her and Fernando Camargo first. We embraced the idea and will move forward.

And where will the office be? Will it be established this year?

It’ll be in Abu Dhabi. And yes, we want it to be established later this year.

It is harvest time in Morocco’s Valley of the Roses 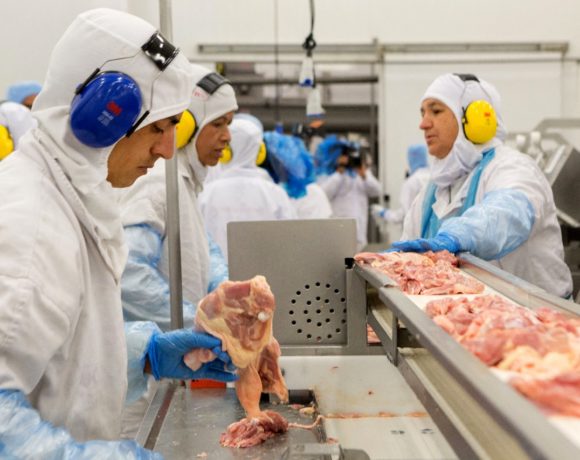 Brazil: 11 poultry plants no longer allowed to sell to KSA