Government, organizations, businesses and the Lebanese-Brazilian community all have expressed sympathy over the tragic events on Tuesday (4) in Beirut. Brazil is home to the biggest Lebanese diaspora in the world. 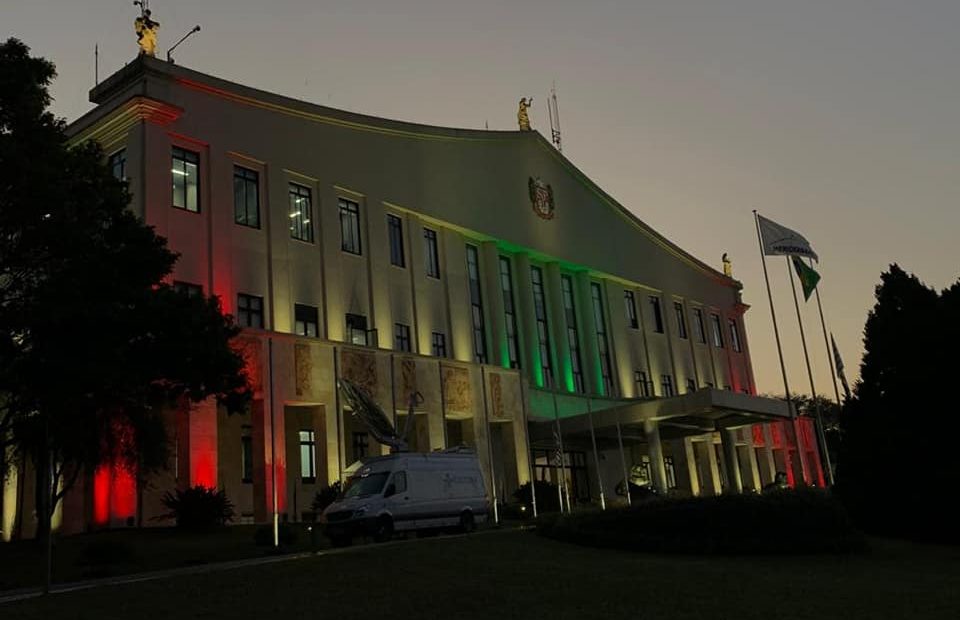 São Paulo – The disaster that struck at the Port of Beirut in Lebanon’s capital last Tuesday (4) has touched Brazilians deeply. Federal, state and local government and the Lebanese-Brazilian community are coming together to provide aid to the country and the victims of the blast. So far, the death toll is 145, with 5,000 people injured and some 300,000 homeless. Beirut governor Marwan Abboud said half the city has been damaged and the cost of repair is expected to amount to USD 3 billion.

The Embassy of Lebanon in Brasília said there were major reactions across Brazil, from authorities as well as businesspeople and citizens. “The ambassador is getting lots of messages from authorities at all levels and in all three powers. President Jair Bolsonaro himself got in touch with him on Tuesday, and the foreign minister Ernesto Araújo visited us yesterday to offer federal government support,” ambassador Joseph Sayah’s press relations office told ANBA. 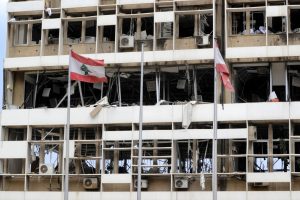 Lebanese flags hanging from a building wrecked by the explosion

The ambassador was also contacted by the Chamber of Deputies and Senate speakers, as well as by deputies, senators, governors, and ministers looking to extend their condolences. “We are aware of several movements, in several states, that are collecting donations to be sent out to Lebanon, including in São Paulo, Paraná, Goiás, Pará and Minas Gerais,” the Embassy said. The Arab Brazilian Chamber of Commerce (ABCC) has started a campaign of its own.

ABCC president Rubens Hannun believes such reaction is due to the humanitarian issue stemming from the impact of the tragedy, as well as the ties that bind Brazilians to Lebanon. Hannun recalled that a survey recently released by the ABCC has shown that there are nearly 12 million Arabs and Arab descendants in Brazil, and the bulk of them are either Lebanese or descendants thereof – they make up about 27% of the total Arab population in Brazil, according to the survey.

“The whole world is moved, but Brazil is particularly so, due to its immense Lebanese population. This Lebanese and Lebanese-descendant population is completely integrated into Brazil. Brazil sees itself as half-Arab, as half-Lebanese. I believe that every Brazilian has at least one Lebanese or Arab acquaintance. The images are very impactful, and people are moved by them,” he said, adding that events such as this one stir up humane feelings of unity among peoples.

The Council of Arab Ambassadors in Brasília

The dean of the Council of Arab Ambassadors in Brasília and ambassador of Palestine, Ibrahim Alzeben, told ANBA that on Wednesday (5) six Arab ambassadors paid visits to ambassador Joseph Sayah. Palestine, Saudi Arabia, Morocco, Tunisia, Jordan, and the Arab League were represented.

“We went to see the ambassador of Lebanon, who’s the vice-dean of our group, to extend our condolences and our sympathy to Lebanon in light of this tragic situation,” Alzeben said. 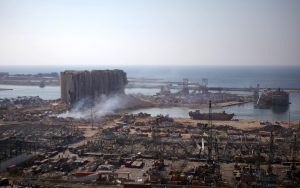 A view of the Port of Beirut, two days after the blast

He said the Council is also joining the ABCC’s campaign, in a bid to encourage the community to provide urgent support to Lebanon.

“Supporting Lebanon through this tragedy is an Arab duty as well as a human one. The reactions we have witnessed here in Brazil are a reflection of the warmth and solidarity that the Brazilian community has towards Lebanon, on every level and in every institution,” said the dean before going on to mention the solidarity from the international community and Lebanon’s relevance throughout the history of civilization. “And then you have the importance of the Lebanese community to the prosperity of Brazil and many other countries in Latin America and the world over,” he said.

“We have seen reactions from all levels of the Brazilian community, whether it be officials, members of parliament, or just regular people. We are certain that Lebanon is like the mythological phoenix. I am certain that it will rise from the ashes to regain its prosperity and its role in history,” said Alzeben.

The São Paulo State government and the São Paulo City Hall are paying homage to the victims of the Beirut disaster. Up until Friday (7), landmarks like Palácio dos Bandeirantes (pictured above), Edifício Matarazzo, Ponte Estaiada, Viaduto do Chá, and Biblioteca Mário de Andrade will be it up in red and white, the colors of the Lebanese flag. 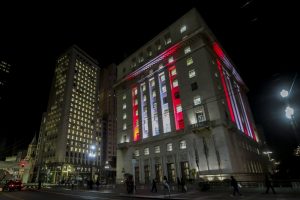 The colors of Lebanon on the São Paulo City Hall

The Consulate of Lebanon in São Paulo, the Consular Residence, and Clube Atlético Monte Líbano had their flags at half-mast last morning. The building of the Federation of Industries of the State of São Paulo (Fiesp) also paid homage to the Lebanese by projecting the national flag onto its façade. In Rio de Janeiro, the flag will also be projected upon the statue of Christ, the Redeemer as of 8 pm this Thursday (6).

The Arab Brazilian Chamber of Commerce (ABCC) launched this Thursday (6) a donation campaign for the victims in Lebanon. Conducted alongside partner organizations such as the Lebanese-Brazilian Medical Association (AMLB, in the Portuguese acronym), the fundraiser will go towards purchasing food, medical equipment, medicine, and building material for immediate relief. The campaign is coordinating with Brazilian government initiatives, and donations can be made right away.

The Embassy of Lebanon in Brasília is calling out for humanitarian aid to cater to the victims as well as rebuild the area. Donations are being accepted of medical and hospital items, staple foods such as flour, grain and canned goods, building material of all kinds, including electric equipment and glass, and equipment for rebuilding the Port of Beirut. Additional information and instructions on how to donate are available on the Embassy’s website. 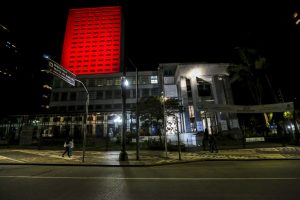 Biblioteca Mário de Andrade, the São Paulo City Library, lit up with the colors of Lebanon

The Consulate General of Lebanon in São Paulo put out a call for humanitarian aid on its social media, by way of the AMLB, which is also partners with the ABCC’s campaign, and of the Brazil-Lebanon Chamber of Commerce, which is also working to provide aid to Lebanon.

The Lebanese Red Cross is also accepting donations, which can be made using a credit card on its website.

E-store Eu Amo o Líbano (I Love Lebanon) has also rolled out a humanitarian campaign. Up until December 31, the store will relay 3% of all proceeds to Grupo Amizade Brasil (the Brazil Friendship Group), which has been doing charity in Lebanon for several years now. The group will allocate the funds to the victims of the Port of Beirut blast. The e-store will render accounts of the donations on its communication outlets. You can find out more here.

Alyah Sweets, a Lebanese sweets manufacturer out of São Paulo, said all proceeds from sales this Thursday will go to the Lebanese Red Cross.

Peace across the region

Ambassador Ibrahim Alzeben said the tragedy also evinces the need for peace across the region. “This is not the first time that Lebanon, Palestine, Jordan, Syria, the entire Mediterranean region are suffering from the lack of peace, the lack of a perspective of peace. The area needs to be free from conflicts and from mass destruction weapons right now,” he said.

Alzeben said that this is “a regrettable and utterly painful lesson to the region and to all of humanity, that we need to take better care of our facilities, whether it be ports, airports, or cities. They are the result of the work of generations, and they should be looked after with great care and attention.” The dean reiterated the need for peace across the region. “Whatever it may be, the area must be free from weapons, free from conflict, and peace is imperative. Because if this is about weapons kept in storage, then this is so because there is fighting going on. Let us get to the root of this issue, which is lack of peace. Wherever peace is lacking, you have weapons, you have fighting, and you have victims,” he argued.

Alzeben said that besides working tirelessly to help with material needs, the Council of Arab Ambassadors in Brazil will also pray for the speedy recovery of Lebanon and of the people injured in the explosion. “The Council of Arab Ambassadors is keeping track of any and all developments to relieve the pain of our Lebanese brothers, and to help this brotherly nation, which we all hold dear, so it can get back on its feet and regain its health and prosperity,” he stated. 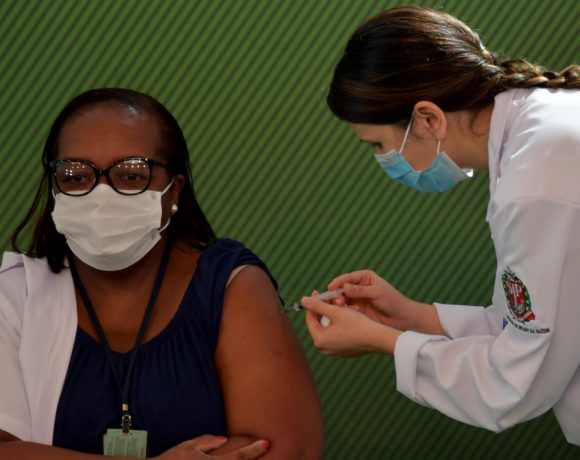 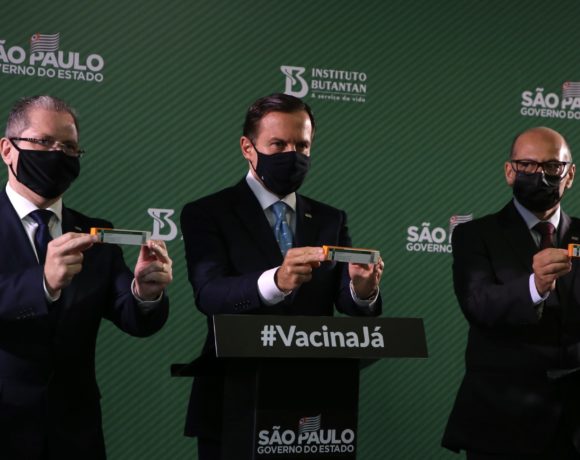 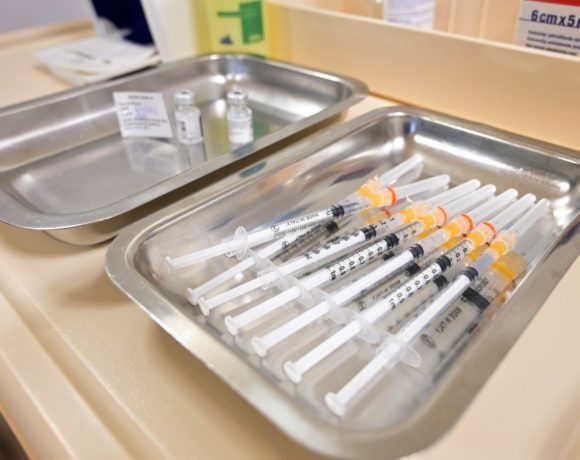