The Global Teacher Prize was created by the UAE prime-minister and vice-president Mohammed Bin Rashid Al Maktoum. Débora Garofalo from São Paulo and Jayse Ferreira from Pernambuco are among the 50 finalists. 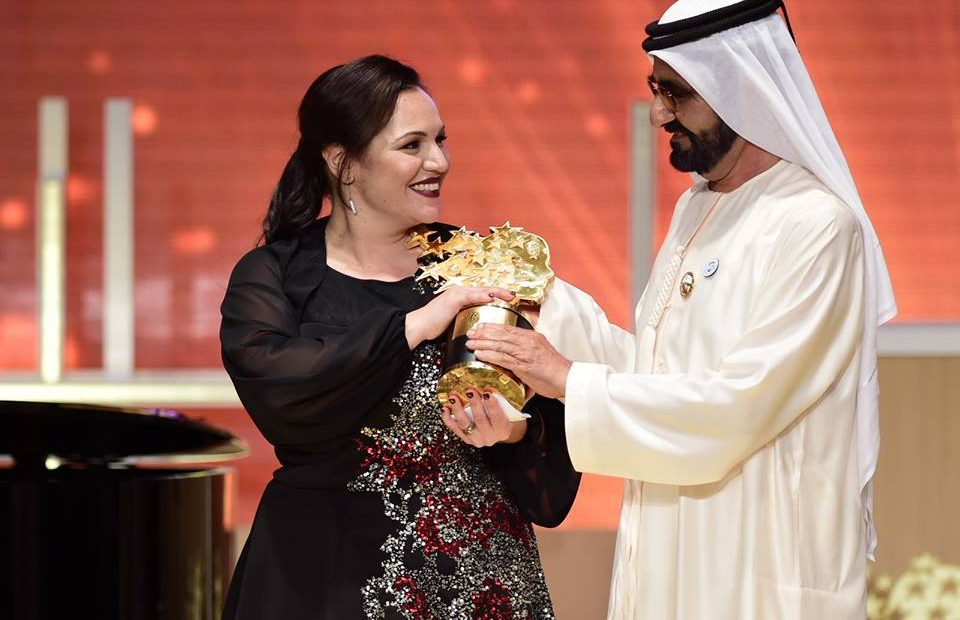 São Paulo – The Brazilian teachers Débora Garofalo and Jayse Ferreira are contending for the Global Teacher Prize 2019. The prize is USD 1 million and according to the organizer Varkey Foundation, it’s the greatest of this kind  for education. After more than 30,000 applications, 50 teachers were shortlisted. The project was created by the United Arab Emirates prime-minister and vice-president Mohammed Bin Rashid Al Maktoum (in the picture, handing the 2017 award to Andria Zafirakou, from the United Kingdom). The award ceremony will take place in March 24, in Dubai, UAE, as reported by Agência Brasil this Wednesday (9).

The award was created to highlight the importance of the educators, and the fact that their efforts deserve appreciation and celebration all over the world. It aims to acknowledge the impacts of the best teachers – not only on their students, but also in the surrounding communities.

At the foundation site, we may find the finalists’ profiles, where the story of Débora Garofalo is told; she overcame a challenging childhood of poverty and prejudice to train as a teacher. When she arrived at her school on the outskirts of São Paulo, Garofalo realized that the students were not receiving an education in technology that would equip them to thrive in the modern labor market. The school was under-resourced, and the children were suffering with the impact of their local environment, which was blighted by violence, unsanitary conditions and poverty.

Garofalo started to train other teachers. Based on the study her students did about the neighborhood problems, such as poverty and violence, she developed technology projects. Holding open classes on waste management for the local community, Débora Garofalo uses the creativity of “maker” culture to encourage the students to turn this waste into prototypes of things they have imagined, designed and then built.

Over 2,000 students have been involved in the program, turning more than 700kg of rubbish into something new. According to Agência Brasil, the exam results show that students who participated in the projects increased their grades from 4.2 to 5.2, while at least 28 students have remained in hte school when they were at risk of dropping out.

From Itambé, Pernambuco, the other Brazilian finalist Jayse Ferreira developed an art project in the Escola de Referência de Ensino Médio Frei Orlando. Through movies and homemade films, the students could show their own reality, and the violence, poverty and discrimination in their daily lives.

Local companies started to support the teacher’s project, resulting in a video produced entirely by the students, which was viewed more than 20,000 times on YouTube in less than a week. The students made their second video tackling the risks of drink driving. After his work, university applications have increased dramatically, while school drop-out rates have dropped markedly, and the work was awarded locally and nationally.

Other Brazilian educators were among the finalists in previous editions of the award. Read more here, here. and here.