Chambers of commerce must be on cutting edge of business

So says Dubai Chamber president Hamad Buamim, who spoke at the opening of the 11th World Chambers Congress in Rio de Janeiro. State governor Wilson Witzel visited the Arab Brazilian Chamber stand at the event and said he plans on visiting the UAE in October. 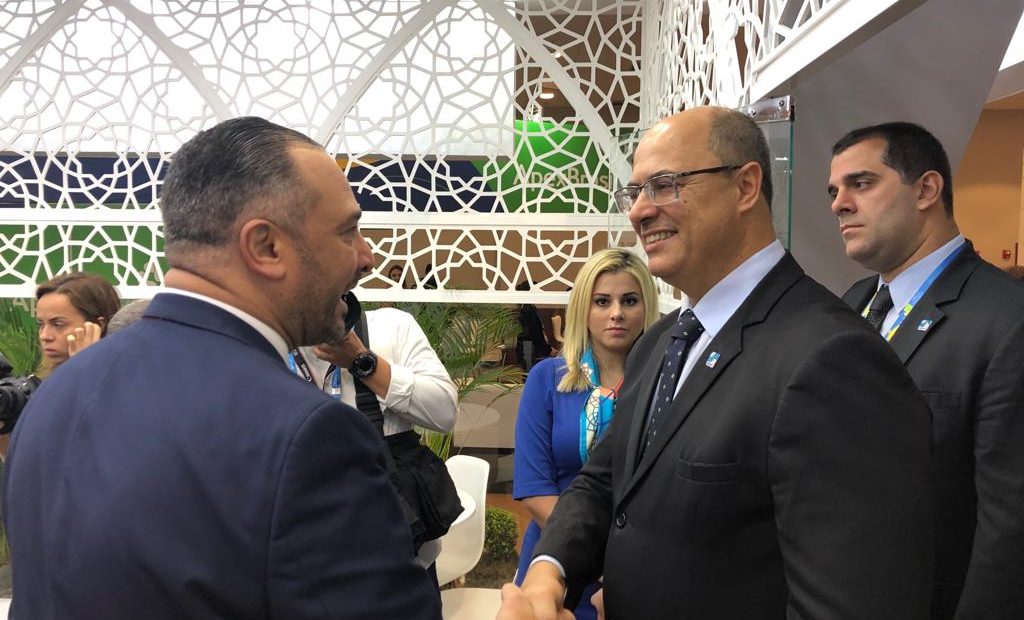 Rio de Janeiro – The opening of the 11th World Chambers Congress featured Rio de Janeiro state governor Wilson Witzel and the mayor of its eponymous capital, Marcelo Crivella. Taking place in South America for the first time, the International Chamber of Commerce (ICC) event saw over 1,000 people flock to the Windsor Convention & Expo Center in Rio’s Barra da Tijuca neighborhood. The governor visited the Arab Brazilian Chamber of Commerce stand and said he intends to travel to Dubai next October. Pictured above are Witzel (R) and the Chamber’s CEO Tamer Mansour.

The history of chambers of commerce, according to Hamad Buamim, goes back about 400 years. The ICC currently comprises over 12,000 entities from around the world. “We get together as chambers of commerce of all sizes to encourage networking and find opportunities that can strengthen our global network,” he said. According to him, commerce chambers must support the private sector and their local communities. “Small and medium businesses constitute the core of what we represent as chambers. They make up the bulk of our member base,” he argued. 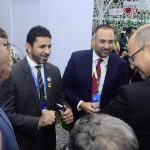 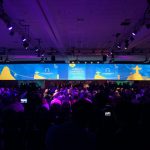 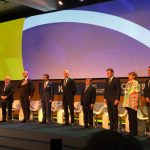 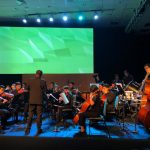 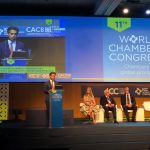 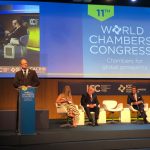 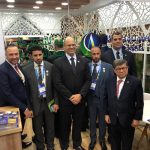 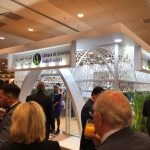 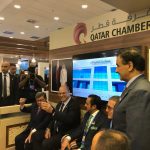 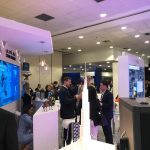 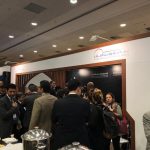 Regarding Brazil, Buamim said it’s great to be in a country that “supports entrepreneurship and facilitates deal-making.” In order to survive in a shifting scenario, he remarked, chambers must adapt if they are to stay relevant to their members and stakeholders. “We are here to consider how chambers can keep up with challenges and opportunities such as digital innovation, climate change, and sustainable development. We must keep ahead of the game in order to survive those changes and be able to support our members. Collaboration is the key to our shared future: collaboration between chambers, collaboration with the public and private sectors, collaboration between nations,” he said.

George Pinheiro claimed the event is a landmark when it comes to having countries discourage paperwork requirements in trade. “We must find a point of equilibrium so countries can grow, and growth requires mutual trust,” he said.

John Denton said the ICC is the only business organization in the world that can bring together institutions and delegates from the world over every two years. “This is what the ICC promotes: deal-making around the world, while ensuring peace, transparency and opportunity for all,” he argued.

Mayor Crivella’s discussed business opportunities in Rio de Janeiro: “The city is working to improve deal-making, and we have plenty of opportunities in energy, transportation, housing and hotels. We need investment,” he said.

Governor Wilson Witzel said that “creating opportunities for chamber of commerce delegates to connect means linking up those who are responsible for market openness and export-import flows in our country.” The governor said the state of Rio de Janeiro is a dynamic hub for finance, trade and culture. “We boast excellent transportation logistics, with seven seaports and eleven airports. That makes us one of the leading players when it comes to the flow of goods and people across the country.” He also said he intends to privatize the Rio de Janeiro Port. “It will be a major step towards improving performance in such an important port to Brazil and the state.”

After the opening ceremony, Witzel visited the Arab Brazilian Chamber of Commerce stand, where he spoke with CEO Tamer Mansour. He said the state government is keen on “cutting down on paperwork requirements.” “This is a new era in Rio de Janeiro. We are totally committed to ethics, transparency and good business.” Witzel claimed he intends to travel to Dubai in October on his way to China, but the trip is yet to be confirmed. “We will work on having a spectacular mission, a business mission not only to Dubai, but also Abu Dhabi and other emirates,” Mansour told Witzel.

The governor said he is personally handling a project to legalize casinos in Brazil, in a bid to spur tourism industry deals. “We will get approval on casinos in Rio de Janeiro this year, and each state will regulate them in their own way,” he explained.

Speaking with ANBA, Witzel said he is open to partnerships with Arab investment funds and to business opportunities with Arab players. He went on to cite a few examples: “We have some debts we could negotiate with investment funds, and we are also restructuring real estate in the state of Rio. We will have oil royalty advance payments to the tune of BRL 4 billion to BRL 8 billion. I am in talks with the minister of Economy [Paulo Guedes] in that regard,” he declared.

UAE consul general to São Paulo Ibrahim Salem Alalawi greeted the governor. Witzel discussed the ease of doing business and the opportunities available to Arab countries in transportation, agriculture and natural gas in Rio. He introduced his administration’s secretary for Economic Development, Lucas Tristão, for future conversations. Alalawi told Witzel that the UAE-based company Mubadala has a branch in Rio de Janeiro, and said his country is interested in stepping up investment in the state. They agreed to meet again soon.

George Pinheiro also visited the stand. Regarding Arab countries, the CACB president told ANBA that the 2021 World Chambers Congress will take place in Dubai. “We have invested a lot into bringing in the Arab countries, firstly for their permanence, the business they do in Brazil, but especially because the next ICC event will be held in Dubai,” he said.

A delegation from Syria visited the Arab Chamber stand this morning. ICC Syria president Naji Chaoui and board member Hussein Khaddour spoke with the Chamber’s commercial manager Daniella Leite. She told them the Chamber is planning on taking a delegation to the Damascus Fair in Syria next August, and then on to Lebanon. The Syrian delegates offered their support and said they’re familiar with Brazilian pharma companies Eurofarma and IMS, which are active in their country.

The Qatar Chamber also has a stand at the Congress. In an interview with ANBA, president Khalifa Al Thani said attendance during the 8th edition in Doha was one of the strongest ever. “We had over 4,000 people attend in Doha. We have been to every edition, promoting Qatar and rendering services and assistance to anyone wishing to travel to Qatar on business. For this edition, we are promoting our country and the 2022 FIFA World Cup, and our national team is playing here in Brazil next week for the CONMEBOL America Cup,” he said.

The World Chambers Congress will continue until Friday (14). The Dubai and Sharjah chambers also have stands at the event.