Discover the foods Lebanon wants to export to Brazil

The first day of the online Lebanese products show brought 11 olive oil and food companies from the country selling to the Brazilian market. 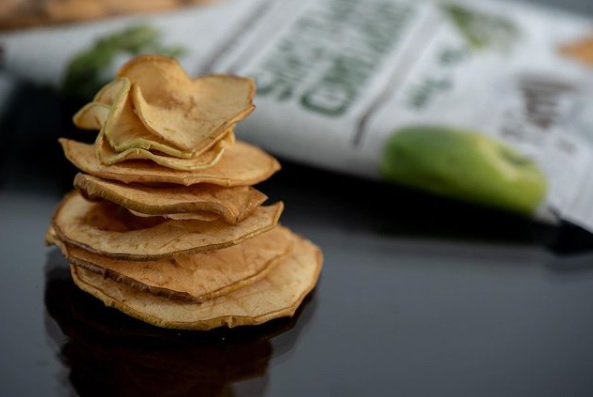 São Paulo – Olive oils, olives, vinegar, cannery, herbs and spices, jams, sauces, frozen foods, and syrups. These were some of the products presented this Thursday (2) on the first day of the online Lebanese products show, organized by the Embassy of Lebanon to Brasília. The event brought 11 Lebanese companies, five of which specialize in olive oil. The estimated audience was 100 Brazilian importers.

The embassy’s economic attaché, Anthony Moussa, moderated the event, which was opened by ambassador Carla Jazzar, the embassy’s chargée d’affaires. Jazzar recalled the event would have three more meetings with different products. “The subjects were defined by types of products which we saw had competitive potential in the Brazilian market,” said the ambassador. For her, the most critical matter today in the relations between Brazil and Lebanon is to conclude discussions for the Mercosur-Lebanon free trade agreement. She said that, according to authorities, the agreement should go into effect until next year.

Read also: Lebanese products to be presented at online show

Lebanese olive oil companies have been seeking to export to Brazil. Antony Maroun presented his product, Zeit Boulos, produced by his family for over 55 years. “It is not just my profession; it is my passion,” he said at the event.

According to him, as soon as the company started, they were already bottling the oil in glass bottles, something unusual then, in a market that mainly used cans. Today, with a new factory, Boulos olive oil has already won several awards and obtained ISO certification for food safety, among others. In addition to extra virgin olive oil, the company sells green and black olives, apple and grape vinegars, and pomegranate syrup, among other products.

Rose Bechara introduced Darmmess Early Harvest extra virgin olive oil. She said Darmmess oils have already won medals in world competitions, and the product is found in 11 countries. It is produced in the region of Deir Mimas, in the Lebanese south, according to Bechara, the “Bordeaux of olive oils.” The company started in 2019, and its differential is the early harvest between October 1 and 12. The culture is organic, and all of the olives are of the souri variety. The oil is cold extracted.

Youssef Fares represented Olive Trade, which produces Zejd olive oils and other products based on it, such as cosmetics, chocolates, snacks, and sauces.

Walid Mushantaf represented Bustan el Zeitoun. He said the oils have already received world-recognized awards and are produced in southern Lebanon, in an area of 50 hectares. Of these, 35 hectares are planted, and today there are around 6,000 olive trees of 12 varieties. The company produces 15 to 20 tonnes of olive oil a year.

In the spices section, Hala Mourady presented the Abido brand. The company sells over 350 products, including herbs, spices, and mixtures for preparing falafel and couscous. Abido seeks distributors in Brazil to sell in supermarkets, department stores, restaurant chains, and hotels.

Kamal Naamani introduced Lamesa, a food company marketing kibbeh, sfiha, moussaka, hummus, among other foods. They already sell to the United States, Canada, France, and some countries in the Middle East, and their plan now is to expand into the Latin American market. With a renowned restaurant in Beirut, the Marrouche frozen food and recipes company presented its products, including soups, lasagna, and pizzas.

Al Wadi is a Lebanese brand of hummus, tahini, baba ghanoush, rose water, pomegranate molasses, among other products. According to representative Lorene Georges, the company already sells products to Brazil, and its goal at the show is to expand its market in the country. The company was founded in 1979 and markets over 150 products to 30 countries. Its target audience is the Lebanese diaspora and Arab food lovers.

Judi Lebanon sells olives, jams, cannery, syrups, grains, and spices. Representative Majeed Kaadan informed the brand already exports to several Arab countries, some European countries, Australia, and other regions. Its competitive differentials are quality and flavor, with entirely natural products and no preservatives. The jams come in different flavors, such as fig, strawberry, pumpkin, orange, and apple, and syrups are made from tamarind, apricot, pomegranate, and other fruits. According to the economic attaché, these syrups and jellies have great potential in the Brazilian market.

Elliott Rizk introduced a new product, Mum’s Chips (pictured above). They are baked red and green apple chips with no added sugar, fat, or preservatives. The apples are sliced and baked and sold in 40-gram packets. There are four varieties of chips: red apple, red apple with cinnamon, green apple, and green apple with thyme. According to Rizk, it is a healthy alternative to compete with other snacks such as popcorn and potato chips. The company and its ingredients are entirely Lebanese. They already export to the United Arab Emirates. “I think this is a new product trend because it is healthy, baked, and fat-free,” said the economic attaché.

In addition to Lebanese companies, other initiatives to help market Lebanese products in Brazil were presented. Alexia Saddi, born from a Lebanese family in Brazil, presented the emporium and Arab food importer, Saddi Center. The Brazilian company was founded by her father in 1992, and today she runs the business. Saddi Center resells several Lebanese products at its emporium located in the city of São Paulo and distributes them to different regions of Brazil.

Lastly, Cristian Kamel introduced Bieel Initiative, a trade facilitation initiative for Lebanese exporting companies. Bieel stands for ‘Business Innovation Enhance Exports for Lebanon.’ The initiative was established about a year ago and already has around 100 companies from seven different sectors: olive oil, grapes and vineyards, zaatar and spices, tahini and by-products, potato chips, candies, and fruits and nuts. Bieel also aims at the growth of companies.

At the event’s closing, the attaché spoke about the upcoming meetings organized by the show. He encouraged Brazilian importing participants to get in touch with the Lebanese entrepreneurs who presented their products.

Watch the video with the full presentations below: 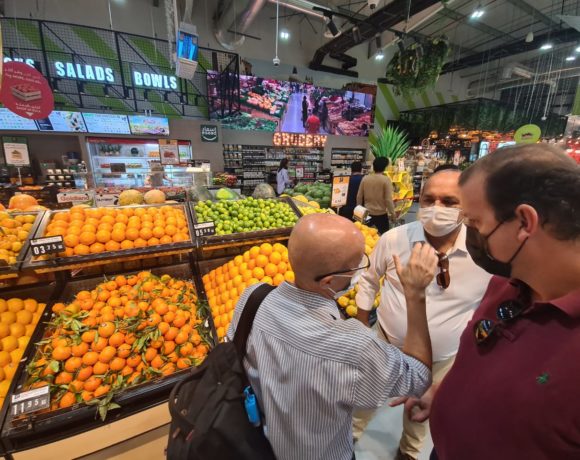 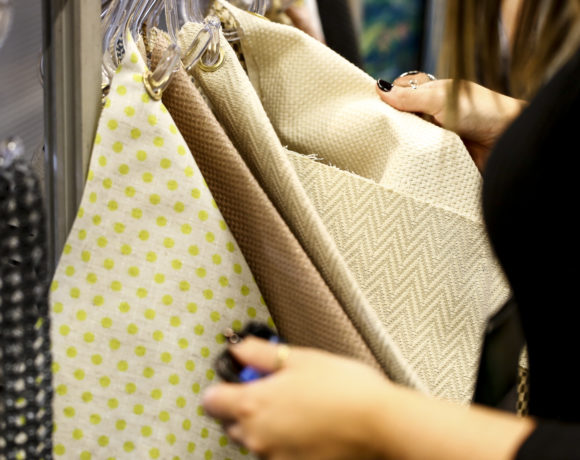 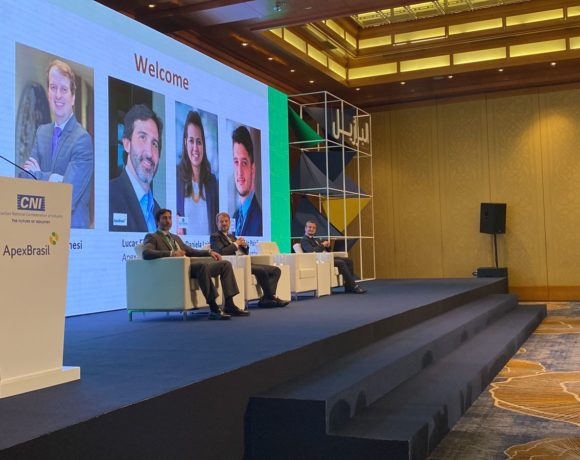