The oncologist and Arab Chamber Marketing VP sat on a panel on future scenarios regarding living longer, in an event at the Chamber’s offices in São Paulo this Monday. 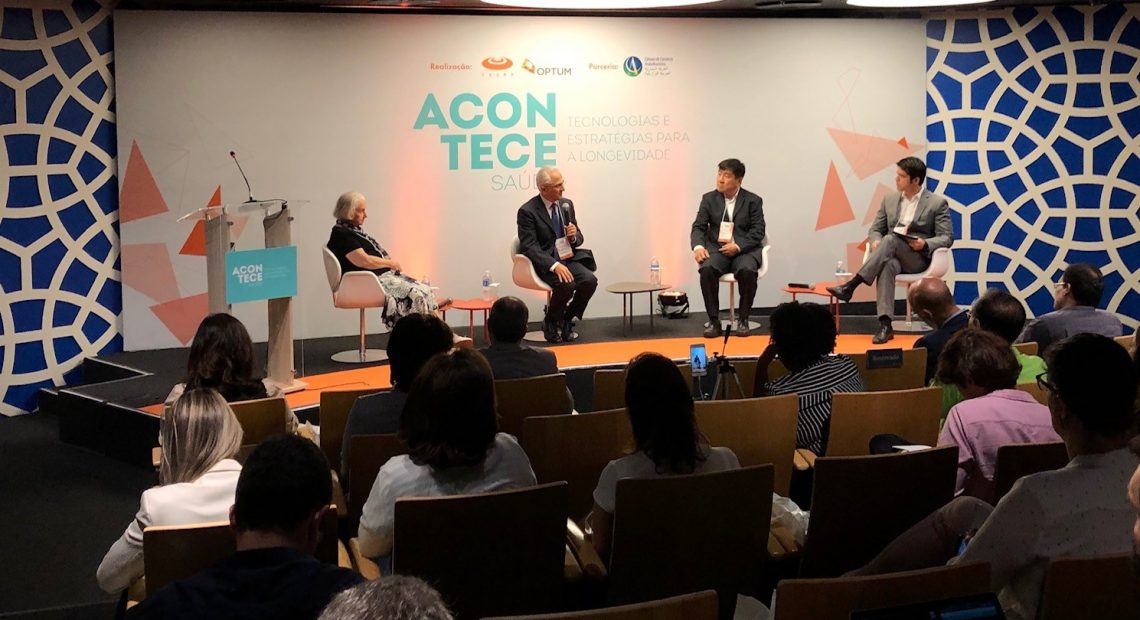 São Paulo – An oncologist at Oswaldo Cruz Hospital and the Marketing vice president of the Arab Brazilian Chamber of Commerce, Riad Younes sat on a panel on future scenarios for longevity at the event Acontece Saúde – Tecnologias e Estratégias para a Longevidade (What’s Going on in Healthcare – Technologies and Strategies for Longevity) this Monday (12) at the Arab Chamber’s auditorium in São Paulo. The event was held by innovation center CESAR and by health services and innovation company Optum.

The panel also featured Neuza Guerreiro de Carvalho, a biologist, researcher, digital influencer and member of elderly college program Universidade Aberta à Terceira Idade; and International School of Game CEO Fabio Ota, who specializes in gamification and logical thinking games for the elderly. The moderator was geriatrist Daniel Gomes, of the Clinical Hospital of the Federal University of Pernambuco (UFPE). (Pictured above, from L to R, are Carvalho, Younes, Ota and Gomes)

The agenda included key challenges when it comes to aging, the economic and social implications of the exponentially growing elderly population; and what technologies could optimize these people’s lives. “There’s an exponential amount of people of advanced ages in Brazil. By 2030, the rate of elderly people is expected to double, and by 2050 they will outnumber those aged 14 or younger,” said Gomes.

For Carvalho, who revealed that he’s about to turn 90, aging healthfully is a matter of choices as well as necessity. “I did bodybuilding for 13 years. I had to quit because of hip surgery, but my doctors tell me to stretch, and as a woman I end up doing lots of physical activity, because household chores require that. You hang the clothes out to dry, fold up the bed sheets, kneel down to grab a cooking pot from the cupboard,” said the researcher, who also keeps an online blog – Blog da Vovó Neuza, or Grandma Neuza’s Blog.

“We the elderly are very responsible for future generations, in the sense of sharing our wisdom, our gifts, our stories. And yet I see that a lot gets lost along the way. Some people are selfish in a bad way,” she said. The biologist said she donated her body for research and that there’ll be no wake or funeral when she dies. “Even our deaths are a very expensive thing that a lot of people aren’t prepared for, so I’ve made my choices. I don’t want to be buried. I want to help with whatever I can,” she said.

Carvalho also said a campaign should be launched for of advanced age to use walking canes, since that would prevent a lot of falls and street accidents. “I know lots of people, especially men, who refuse to use a cane out of vanity. They are unwilling to accept age and its limitations, but I think this would prevent accidents and falls. I use a cane even though I don’t need it any longer. Ever since I had my hip surgery, I’ve been better at walking,” she said.

Fabio Ota agreed about the walking canes. He said he has a project for startup businesses that are willing to develop customized, tailor-made walking canes with different clors, prints and materials. The plan is to incorporate them into people’s wardrobes, thereby making them more acceptable. He also discussed the development of games for the elderly. As part of the project, elderly people can choose between just learning about digital inclusion, playing the actual games or creating their own games. A survey showed significant improvements in memory, focus and quality of life. “Those who chose digital inclusion or just playing had good results, but those who chose to be game developers had excellent results,” said Ota. The researcher revealed that the program is also about socialization. “Getting these people to leave the house and socialize is very important. We have activities that involve the whole family. The elderly invite their children and grandchildren to play the games they developed. It’s very rewarding,” he said.

Younes said Brazil’s public and private health systems are unprepared for populational aging. “The healthcare system in Brazil is about problem-solving, rather than prevention. Both the public Sistema Único de Saúde (SUS) and private plans are about disease rather than health. It is of the utmost importance to detect and treat diseases as early on as possible to ensure longevity,” he explained.

Gomes concluded by saying Brazil is aging more, but not necessarily better, contradicting the saying that “the 70s are the new 60s.” Carvalho stressed that the needs of people over 80 are very different from those of people who are 60 years old – who are already categorized as elderly.

The event’s second segment was themed How can technology contribute to longer, healthier lives?, with moderation by Optum’s Felipe Rizzo and featuring João Bosco, of Genomika Diagnósticos, Paulo Urbano, of CESAR, and Daniel Coudry, of Amil.

Since 1996, CESAR has been active in Engineering and Design, Education and Entrepreneurship, in Brazil and elsewhere. It boasts a staff of over 500 at its Recife headquarters and its units in Curitiba, Sorocaba and Manaus. 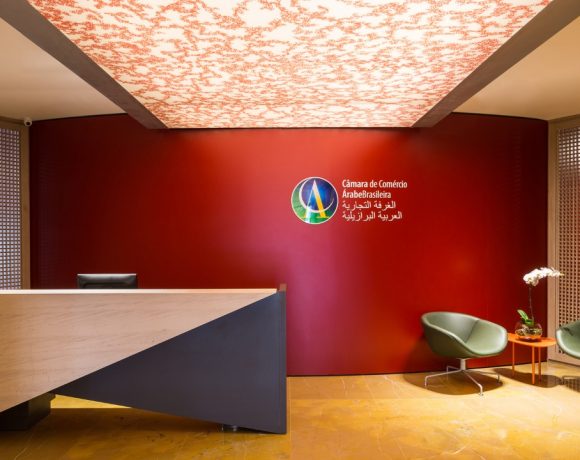