Performance by the musical group this Saturday is part of the project One Hundred Years of São Paulo Cathedral’s Crypt in São Paulo. Musicians include Yousef Saif from Palestine and Brazilian of Lebanese background Claudio Kairouz. 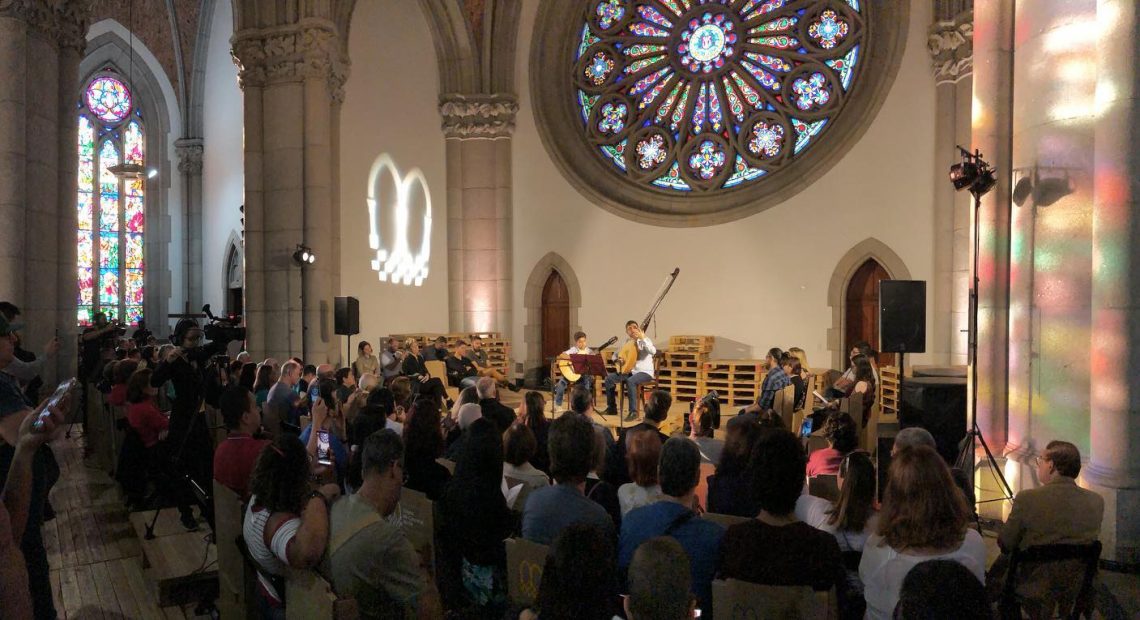 São Paulo – Quarteto Refugi will perform at São Paulo Cathedral on Saturday (14). The group consists of musicians from the Orquestra Mundana Refugi, which brings together immigrants and refugees. The free performance is part of the Projeto Cem Anos da Cripta da Catedral da Sé [Project One Hundred Years of São Paulo Cathedral’s Crypt] started last July. The programme features different artists every Saturday. Pictured above is the first free open concert hosted at the São Paulo Cathedral Choir Loft as part of the project that celebrates the crypt’s 100th anniversary.

The quartet’s performance will take place at the Piano Room at 4 pm. Its members include Yousef Saif from Palestine and Brazilian of Lebanese background Claudio Kairouz. 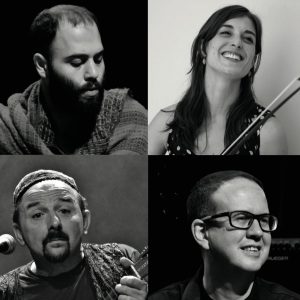 Claudio has a background in piano and plays the Arab instrument qanun, or kanun, a piece that gave rise to the harpsichord. He started playing kanun on his trips to Lebanon.

Yousef plays bouzouk, an instrument of the lute family. He was born in the city of Jeddah, Saudi Arabia, where his father worked, but he soon went back with his family to Tulkarm, Palestine, where he lived until he was 21. In 2017, Yousef sought refuge in Brazil, where he has lived since.

The crypt was built before the cathedral itself and, in 2019, celebrates its 100th anniversary. The structure is seven meters below Praça da Sé, the number zero survey marker of the capital city, and hosts 32 death chambers, 18 of them occupied by figures associated to the Church and the city of São Paulo. One of the bodies buried there is chief Tibiriçá’s, considered as one of the founders of São Paulo in 1554 together with Manuel da Nóbrega and José de Anchieta.

The series of concerts hosted by the project has given access to little-know rooms of São Paulo Cathedral. Overall, it’ll include 30 performances. The project has already presented other two artists related to the Arab culture. Last August, the duo Raouf Jemni, who plays the qanun, and Mauricio Mouzayed, who plays the riq, a type of tambourine, performed Arab, Hispanic and Eastern songs.

The events are all free and take place at the crypt itself and other restricted rooms inside the cathedral like the piano rooms. The concerts offer up to 120 seats, last an average of one hour and are broadcasted live on the project social media. The programme runs until March 2020.