Fair at SESC to feature activities with Syrian refugees

The 3rd edition of the Cultural Asytlums Fair at SESC Vila Mariana will run on December 14 and 15 and feature Syrian makeup, henna and Arab dance and other activities with refugees in Brazil. 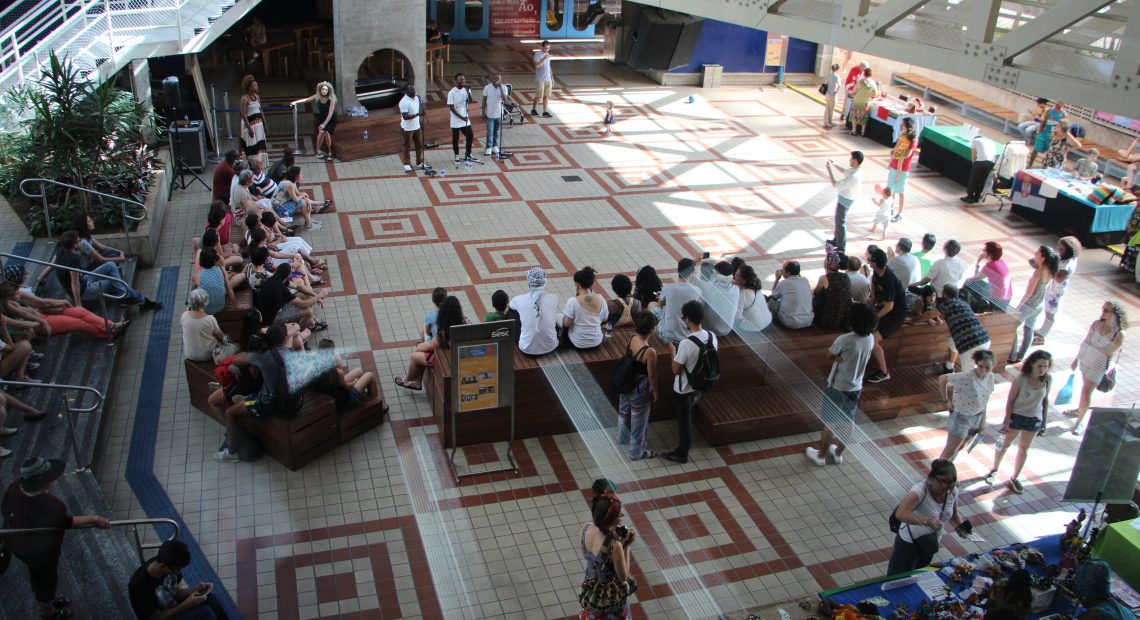 The program on Saturday and Sunday includes musical performances, chats and the sale of items from those countries, such as African dolls, Syrian makeup, Arab henna, Iranian purses and scarfs, Venezuelan arepas, and others. Performances will include an open lesson in Arab folk dance “Dabke,” “young refugee people” soirée, and other free activities.

Dabke is a dance based on feet stamping, jumps, and leg intertwinement, generally danced together. It’s believed it was born form the folk tradition of stomping the dirt hard in the region of Palestine, Lebanon and Syria.

According to figures from the National Committee for Refugees (Conare), Brazil had over 11,000 refugees by 2018. A refugee is defined as an individual forced to flee their country for fear of being persecuted for reasons of race, religion, nationality, membership of a particular social group or political opinion, religion or social group or massive violation of human rights

Political and economic crisis and weather-related disasters are listed as the main factors characterizing the current immigratory flow to Brazil, and most refugees come from Haiti, Syria and Venezuela.

Portuguese language teaching and cultural performances are some of the activities the units hold to allow for the interchange of experiences and knowledges between foreigners and Brazilians. The Cultural Asylums Fair is one of these actions.